The Left in the Arab Region and the Question of Deficiencies 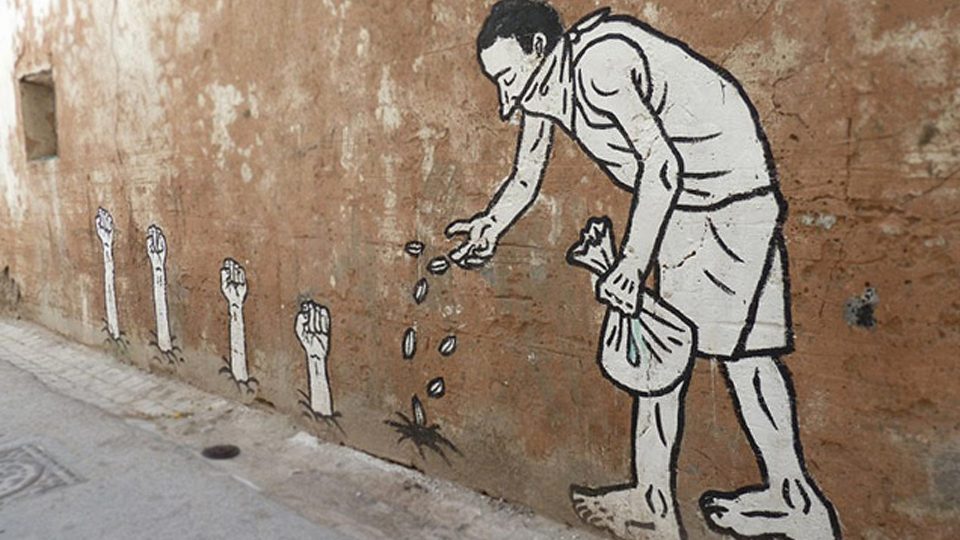 Is a leftist whoever “claims” that s/he is, or one who adopts certain ideological concepts? This question is valid all over the world as “liberal socialism” grows in the European countries and hybrid experiences emerge - such as the “Syriza” movement and its leader, Tsipras in Greece... But the question seems particularly urgent in the Arab region which experiences constant violent conflicts, wars, occupations, in addition to the successive uprisings, last but not least of which were those of 2011.

Since it is impossible to revisit the entire history and course of the leftist organizations in our countries and map their formations, we will focus on their relationship to the 2011 event, as a revealing moment in history and to what has followed. It is an opportunity to examine whether the left – or the “lefts” - has understood what happened in 2011, and to scrutinize how it has reasoned and interacted with the event, as a telling example of its effectiveness and the nature of its connection to reality .

A part of the left - in its old and new forms and as organizations or individuals - has leaned towards the theses of “social democracy” - which are reformist at best- and became dominated by the neoliberal approach. Another part has sided with the existing regimes, fearing the influence of the powerful and popular Islamic political movements. Egypt and Tunisia are stark examples of this.

So, what does it mean to be a leftist today in our region? Whom and what does the left represent, and what future does it seek or hope for? Does the question of the future trouble it at all? Of course, the dull argument that the “crisis of the left” is a global one presents no answers. On the other hand, resorting to over-the-counter Marxist theories and parroting them is neither convincing nor leftist! This has been acknowledged since the late 1960s, with the emergence of the so-called “new left”, which is very diverse and might be the child born out of the defeat of 1967. There are dozens of organizations throughout the region that have sought to draw inspiration from the Marxist thought as an analytical tool and not as a dogma. Some of those strongly believed in grassrooting and devising theories from the living reality.

What is the criterion or criteria that can be used to define the left? An urgent need arises to review the foundations, and to start from the objective “need” to formulate a vision that strongly believes that a miserable reality can be changed at all levels. What is needed is a vision that calls for change, carries this dream, proposes methods and tools and adheres to the conditions and requirements of this long path. It has been said that “the left has stopped thinking a long time ago” and that the crisis it suffers is, above all, a defeat at the level of thought and vision, as well as values.

is the emancipation program, on the individual and social levels today? What is the yet unaccomplished national liberation program, given issues such as that of Palestine, for example, but also concerning the highly dependent position our countries occupy within the global exploitative system.

The texts of this folder cover the experiences of the left in Egypt, Tunisia, Algeria and Morocco. They seek to examine:

1- The stances of the various leftist organizations regarding the uprisings of their countries in their varying outreaches, addressing the produced perceptions (analyzes, programs, texts, etc.), as well as their field action.

2- The relationships of these leftist formations with other currents, especially Islamic ones, where in many cases, a dominant “identity conflict” has taken over the decisions, positions, and polarizations.

3- The relations of these formations with the regimes of each country.

4- Their vision for the period following 2011, where various challenges have emerged ranging from the counter-revolution (Egypt), and the modified foundations of power sharing (Tunisia).

5- The left’s interests that require most of its efforts, and the extent of the left’s engagement in the existing struggles for popular demands, in addition to the extent of its pioneering roles on the ground.

6- Its “social spheres”: What is the status of the left in universities, for example, and the extent of its presence in the popular neighborhoods and in the “slums” that exist around major cities, in the “peripheral” regions, and what is its relationship with trade unions and professional frameworks, and with non-governmental or civil organizations?

7- The left’s approach to the “human rights” issues. How much has this issue turned into a cover that compensates for the lack of a vision or agenda, on the social and political fronts alike, in the light of the practical experiences after 2011… in the sense that engaging in the struggle for rights and freedoms in the face of repression is necessary, but it does not excuse the left from engaging in its integral mission, which is pushing forward a comprehensive change.

The Realities of the “Left” in Morocco