Informal Economy: “What Does this System Produce?” 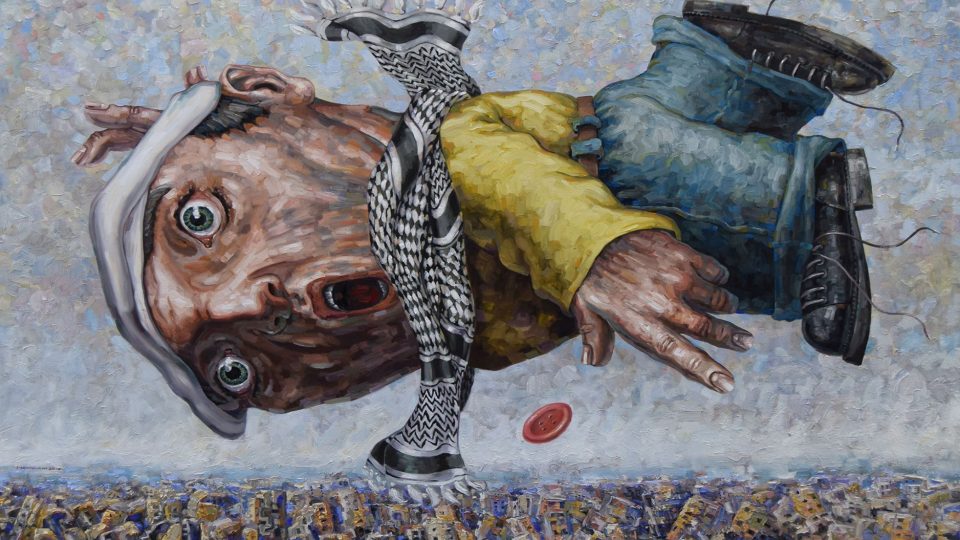 The global hegemony of neoliberalism, as a mode of controlling the dynamics of wealth and production, gave a tremendous boost to the so-called “parallel economy”; also referred to as the informal or unregulated economy. Although it is a general phenomenon which exists almost everywhere in the world, it remains particularly widespread in countries that are not at the center of the capitalist world. The traditional economic structures in these countries had already been dismantled by years of colonial dominance, whether this dominance took a direct and violent form (the case of Algeria) or an intermittent one (Morocco or Egypt).

In later stages, this dismemberment continued with the same intensity, as imperialism shifted to a system that involved the center and the peripheries in one common dynamic. Though it seemed that the period of direct colonialism, subjugation and subordination of these societies had ended, the efforts for emancipation and liberation were actually soon caught in the global market system. This was sometimes done in violent, even military ways, to prevent the formulation of a structured economy by suffocating and bankrupting it, or by sabotaging whatever was left of the traditional economy. This is the case in the agricultural sector especially, where land is extensively confiscated, water and seeds are controlled, genetically modified seeds or monoculture are widely used, even though these are not intended for domestic consumption but for export and industrial or commercial use in other countries. The result of all this was a great and deep devastation.

Emerging national industries, weak and fragmented, have also been curbed and cut off. Eventually, these societies were unable to achieve any kind of self-sufficiency or capital accumulation. They entered an advanced state of non-productivity, reinforced by the existing authorities’ deficiency, confusion, lack of vision and corruption, as these authorities played the role of imperialism’s local agent or acted as a mediator between this imperialism and some of the its beneficiaries. The authorities resort to repression to regain control, in the face of the growing misery of their people and the lack of any prospects or solutions.

In light of the authorities’ withdrawal from their responsibilities towards society, and the spread of privatization based on "structural reforms" and the "restructuring" imposed by the dominant world order through its tools (The World Bank and The International Monetary Fund), the informal economy has become a means by which the poorest populations make a living. However, that does not encompass the true role of the informal economy, which has become, in the recent decades, the largest pattern of economic activity practiced in these societies, reinforcing the schism between a narrow "elite" that dominates the industry, agriculture, trade and services sectors, and a large majority that governs itself, since it is excluded from the circle of production, which is characterized by being partial, based merely on facilitating consumption, looting raw materials and engaging in "manufacturing industries" at best.

Ironically, these same economic margins (which mobilize large capitals and also generate sizable returns) are not abandoned, but are, in fact, subject to a strict hierarchy in their economic movement. At the top of this pyramid, another "elite" is surely discovered (often intersecting with the first one), politically and economically powerful and pulling the strings of control in the country. For instance, the smuggling of goods, human beings and contraband in all its forms is not done according to the personal initiative of the destitute people carrying bags across international borders. These activities are actually the result of a strong relationships between a political leader and an officer who share responsibility for these activities and either encourage or discourage their continuity. No one can decide autonomously to set up a street kiosk or move their cart of goods, as these decisions are subject to a comprehensive system of regulations, conditions and power centers higher than the street vendors themselves, who are merely looking for subsistence. Things get even more serious when smuggling and distribution concern drugs, weapons, money laundry, brokerage deals or gaining special privileges. A "silence system" prevails when it comes to these cases, and it becomes difficult to prove anything in the absence of accurate figures and statistics. People do not speak of or point out these issues in fear of the consequences which may even mean getting killed.

The following 14 texts do not merely aim to describe the situation but seek to answer the question "what does this system produce?", while discussing all the ramifications of the informal economy in the region at the levels of urbanism, politics and violence, in addition to the economic level. The following booklet combines the texts in chapters, each devoted to one country to cover the most significant features in each. It provides analyzes that try to explain the phenomenon and its mechanisms and to monitor its extent, causes and results.

The texts of this booklet cover four countries: Egypt, Tunisia, Algeria and Morocco. The researchers covered some of the most important aspects of "parallel" economic activity in these countries, and attempted to explain its historic development and mechanisms, taking into account the specific relevant factors that brought it into existence and its interconnection with the authorities.

In the introduction to his article, the researcher Ahmed Henni notes that “the key issue lies in finding out who benefits from these restrictions before asking a second question: are these restrictions compatible with economic rationality, or are they bureaucratic instruments in the hands of political governors?”.

We hope that this booklet can provide an understanding of each country's situation, and a comparative perspective that allows understanding intersections and differences which signify the political and social particularities of each of the four countries. We ultimately hope that the texts are able to help formulate a general definition of the informal economy and create a comprehensive picture of it as an existing reality.

The Eastern and Western Egyptian Borders: “All is Allowed! Anything Goes!”

Tunisia: “Geographies of Anger” and Fear for the Future

The "Sidi Boumendil" Popular Market in the Heart of Tunis

The "Gloomy" Economy of Morocco