These nine texts reveal to us what is happening today in our region, which might still be “less catastrophic” than what is happening at this moment in time and before our eyes in India, Pakistan, and parts of Africa... It's about time we take action!
2022-12-29

Climate change did not happen overnight, nor did it begin only a few years ago. It is a cumulative process whose onset was triggered by the "industrial revolution", starting out slow, then accelerating according to the laws of mathematics and by virtue of the mushrooming, now omnipresent exploitation of nature and its resources by major corporations of every kind who practice a total and criminal disregard for the pollution they cause while they seek to maximize profits.

Climate Change: What Will Happen in Sudan?

Yemen: Instability Hits the Climate Too

Whatever they do, these corporations’ crimes are always covered up by state authorities everywhere, given that these two spheres are effectively interlaced. The catastrophe was ignored as long as it primarily affected poor or colonized countries which lie far from the major capitalist centers. Their soil, water streams, and air were polluted under the pretext that those countries “needed” numerous developmental projects and job opportunities for the labor force. Despite the fact that this sort of exploitative behavior is absolutely unhinged, regardless of the catastrophic indicators revealed by the data (1), it is a fact that all human beings live on one planet, and therefore, the effects of climate change have come to impact on everyone, albeit disproportionately.

These effects threaten not less than life itself on the planet. Scientists have already begun to warn of the “sixth mass extinction” of a large percentage of living creatures as an imminent possibility, revisiting scenarios (2) of the past five extinction events that hit earth hundreds of millions of years ago, although those had not been triggered by human action (3).

The nine texts in this first folder on the effects of climate change in countries of our region reveal the grievous nature of what is transpiring. How could one conceive, for instance, that Iraq is becoming a barren desert due to the fast depletion of its water? The numerous dams established by the Turkish and Iranian authorities on the Tigris and Euphrates and their branches are largely responsible for the severe water shortage in “Mesopotamia”, whose name literally translates to “the land between two rivers”, but which now sees large areas of its marshes and several of its major lakes in different parts of the country, which were there just a few years ago, drying up and disappearing.

The arbitrary overexploitation of groundwater also has an impact, as does the presence of oil and gas facilities that spew their toxins into the soil and air, thus increasing pollution and raising temperature means in a viscous cycle which also leads to successive fires that destroy whatever remains of the country’s trees. Another actor in this tragic scene is war, with its destructive impact on infrastructure and the mines and radioactive shells left behind, which contaminate numerous sites and lead to serious diseases and fetal deformities that are observed in Iraq to this day... The ubiquitous corruption and immeasurable looting of Iraq's resources also play a part, and then of course, there is the accompanying complete neglect of any necessary measures, projects, or plans. The result is mass human displacement and the annihilation of agriculture, fisheries, and livestock.

What Thwarted the Dream of a Sudanese Bread Basket?

Perhaps Iraq, which was struck by every kind of calamity, is an extreme example. However, the rest of the articles, each investigating a different country in the region, also show how the overlap of a number of the factors mentioned in Iraq’s case - albeit not all of them - leads to devastating effects. The poorest and most vulnerable social groups are particularly hit hard, especially the farmers who are facing the rapid depletion of their crops and suffering from various crop infestations, all of which pose a serious threat to the food security of these countries. These texts also describe how the water problem is exacerbated in places that were once safe from the threat of scarcity, such as Morocco.

“It doesn’t stop,” says the famous philosopher and sociologist Bruno Latour (4), “every morning it begins all over again. One day, it’s rising water levels; the next, it’s soil erosion; by evening, it’s the glaciers melting faster and faster; on the 8 p.m. news, between two reports on war crimes, we learn that thousands of species are about to disappear before they have even been properly identified. Every month, the measurements of carbon dioxide in the atmosphere are even worse than the unemployment statistics. Every year, we are told that it is the hottest since the first weather recording stations were set up; sea levels keep on rising; the coastline is increasingly threatened by spring storms; as for the ocean, every new study finds it more acidic than before…”

Iraq faces the threat of complete desertification within the next few years; the process has already begun in Mesopotamia, the home of the Tigris and the Euphrates, the land of fertility, the subject of the myth of Adam and Eve’s tree in Al-Qurna region north of Basra, home of the earliest civilizations, and the habitat of the classified-world-heritage marshes and their rare plants, animals and birds, which have not all yet been identified… Egypt, a historic center known as the “mother of the world”, risks the flooding of the entire Nile’s Delta, along with the city of Alexandria, and is facing the danger of a serious food shortage threatening the lives of 110 million people... and so forth. These nine texts reveal to us what is happening today in our region, which might still be “less catastrophic” than what is happening at this moment in time and before our eyes in India, Pakistan, and parts of Africa... It's about time we take action!

1- Refer to the wonderful yet terrifying documentary narrated by David Attenborough: Our Planet. https://bit.ly/3GbJ7xX

2- In his novel, Gun Island, Indian writer Amitav Ghosh crosses the reality of heavy pollution in the Bay of Bengal, caused by oil companies and other multinational corporations and industries that pollute from afar, with the local myths. The novel mentions an analysis of a seventeenth century event whose meaning evaded “the Enlightenment philosophers”, of wars and climatic changes that affected all parts of the planet and were often described as the “Little Ice Age.” It claimed these events would take place over hundreds of years, and today they have reached a climax. (pp. 135-137 of the French edition “La Déesse et le Marchand”, published by Actes Sud, Paris 2021)
3- Such as giant meteorites crashing into Earth, the onset of ice ages, volcanic eruptions, or violent earthquakes…
4- In his book “Face à Gaïa” (or Facing Gaia), published by La Découverte, Paris 2015. 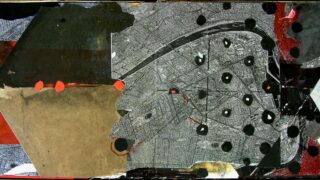 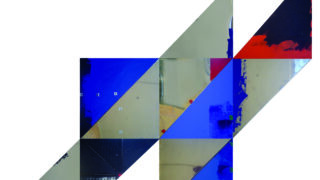 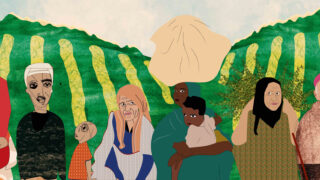 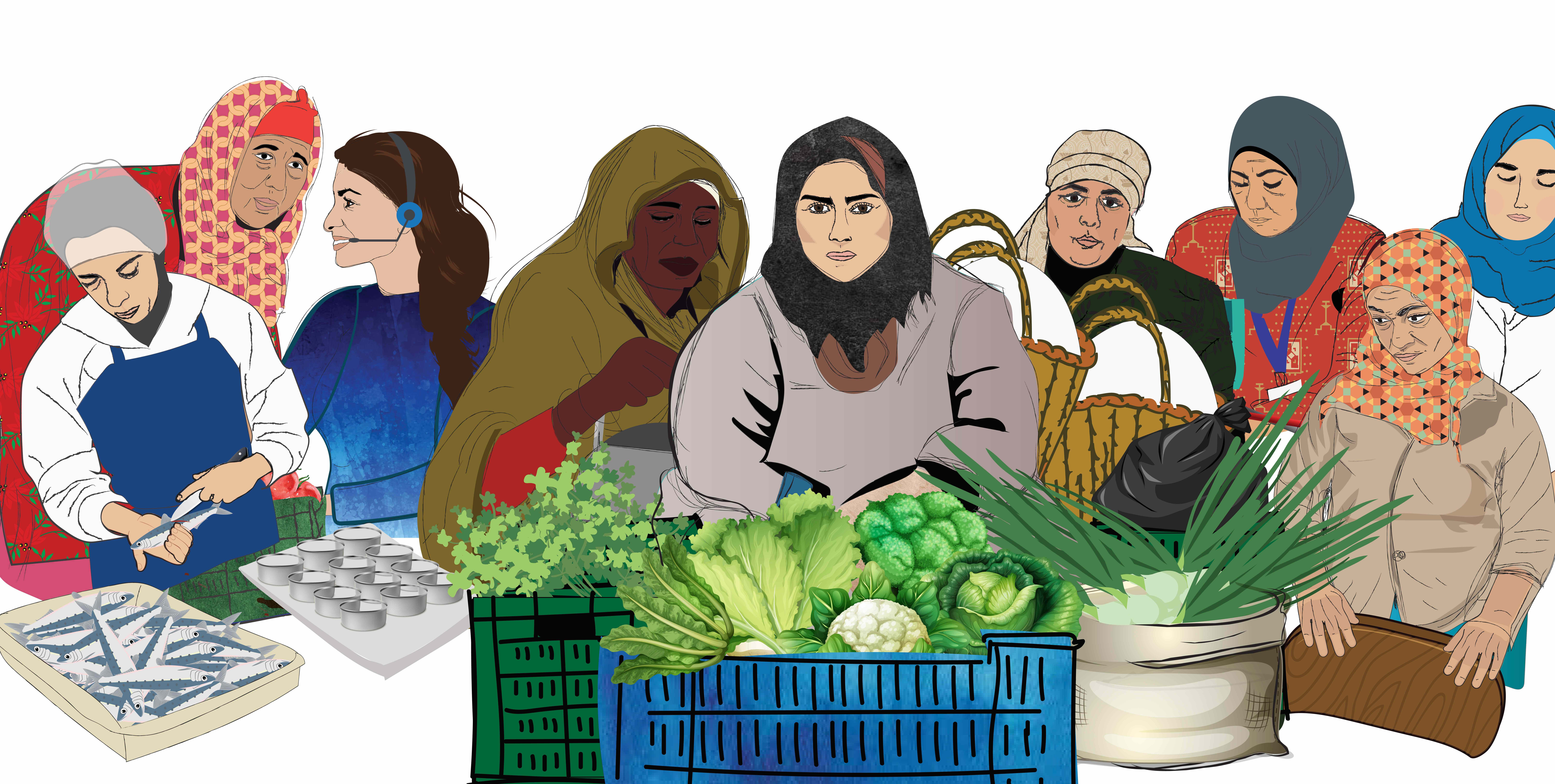 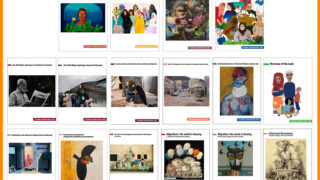