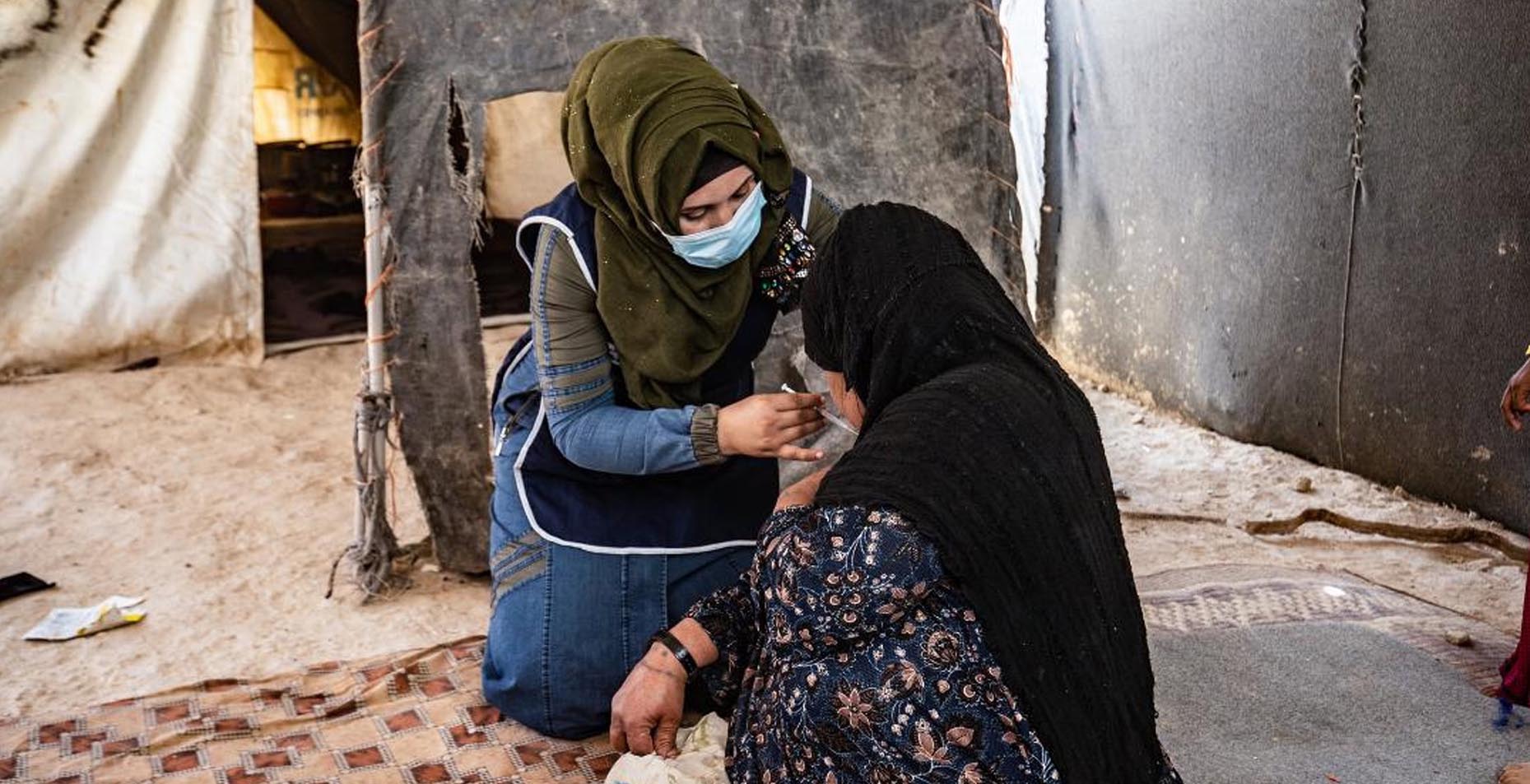 The last of the three folders produced by Assafir al-Arabi on the issue of the COVID-19 pandemic and how it has been managed in our region, tackles the subject of the struggle for vaccines, which has been compared to a “global cold war” punctuated by lies, rivalries, threats and struggles for power or profits, alongside immensely ostentatious attitudes, and an even more horrific prevalence of injustice, including persecuting and excluding entire regions and continents, with complete disregard to the great number of human beings populating them. A despicable disparity has emerged from this situation, and a dangerous one indeed, as the pandemic recognizes no borders and cares very little about the measures taken to restrain its mobility, especially when these measures bring unbearable economic disasters, even though it is clear that another, less selfish and less arrogant approach is not only possible, but also more beneficial for saving humanity from the Corona pandemic, virus mutants, and other disasters that await us.

These characteristics are evident in our overview of the various ways vaccines have been managed in our region. We have observed the processes of several vaccination campaigns in Morocco, Lebanon, Egypt, Yemen, Syria, Iraq, Algeria and Tunisia. The texts provide accurate information about each of those campaigns, while trying to interpret the choices taken by the authorities, whether in approving certain vaccines, announcing projects to produce it, or forging global partnerships for this purpose, which sometimes uncovers huge, renewable and prosperous markets, or otherwise reveals an unrealistic desire to advertise themselves.

With regard to the way that the vaccines were distributed and administered to people, studying the campaigns has revealed not only the shortcomings and haphazardness of the process, but also the disparities between regions according to their nature (rural and urban, poor neighborhoods or wealthy ones, prestigious professions, privileged social groups, etc.). In short, we have tried to examine closely the efficiency of the process, where it falters and when it fails to perform, as well as the usual obstacles, such as ignorance or the quarrels detected on the maps of political rivalries, rather than medical ones. Meanwhile, and up to this moment, vaccines remain the sole available solution which can limit the evils of the epidemic.

In the first folder, entitled “Confronting Corona in the Arab region: Act one”, we have studied the state of health structures, which are mostly deficient, if not decaying. For the most part, those structures were teetering in the face of the sudden pandemic, whose vast damage has led to uncovering the shortcomings in the different states’ responses to the principle of “public health as a fundamental right for all.” It has also revealed the grossly ill-judged choices adopted by the authorities in the past decades, from unreasonable privatization on the one hand, to the neglect of marginalized areas and groups on the other hand…

In our second folder, entitled “Covid-19 response: More than just a technical-medical issue” we have addressed the many societal aspects of this battle, in which people’s economic distress and their multifaceted poor living conditions are compounded with other obstacles: apprehension about the authorities’ approaches and intentions, fear of the pandemic and the simultaneous skepticism about it.

We conclude this thematic with its three folders with the hope that we shall never have to return to producing a new COVID-related folder, given the continuous expansion of its risks…

What is said and done about Anti-COVID vaccines in Algeria

The “politicized” doses of anti-COVID-19 vaccines in Tunisia

Translated from Arabic by
Yasmine Haj and Sabah Jalloul
_________