Speaking of one Palestine, extending from the river to sea, would, in turn, be repeated as a given. Not through adolescent politicians’ tongues, or as a unified position that denied reality as it unfolded before our eyes, but rather as a recovered conviction crushed as “politically inappropriate”, steamrolled by the tracks of consecutive defeats. Crushed by an overarching approval of ceremonial international accords, which imposed a discourse whose proponents realise is an unrealistic fib.
2021-06-21 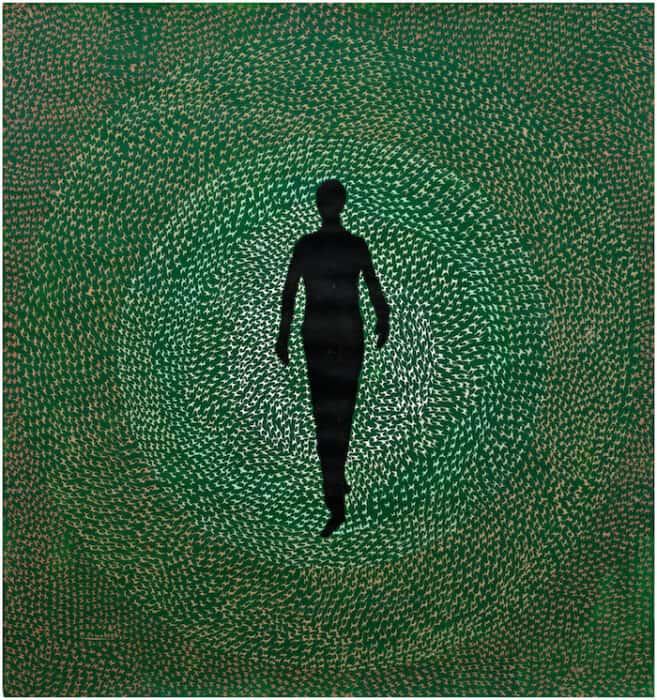 • Until recently, normalisation with the Israeli state seemed to be like any other activity, met with indifference if not even approval. Overnight, however, it became completely rejected and condemned. One such example is the Da7ee7 Show [1]  (Da’hee’h), which has lately caught the attention of Arab social media (though certainly not the region’s general population, who have their own daily crushing worries to take care of). This is a show whose main claim to innocence was its “scientific” approach, shushing any remarks around its funders’ connections and interrelations that would previously go unnoticed. The United Arab Emirates, backbone of the show, would rest assured, perhaps in the knowledge of being avant-garde in predicting the future and rushing its onset. But this would change when any relations with it would be stamped as shady, despite millions lavished on achieving the opposite, as normalisation with the Israeli state has been rendered a curse. Its perpetrators now deny their involvement in it, barring, that is, the UAE and its officials who – themselves – persist in such endeavours. “Suit yourselves”! One could only tell them.

• The Palestine Economic Week passed the one-week mark and spilled into what seems to be an approach made to last. To begin with, retailers promoted Palestinian products through the Palestine Economic Week page, and their sales indeed thrived. Perhaps more importantly, however, was the sense of overflowing joy in finding one another and reuniting, in an affirmation of a common identity, a rediscovery of oneself. One could say that this is merely incidental, perishable, and vulnerable to the passage of time and all forms of endless oppression – which could possibly increase. Economic activities have been comprehensive, however, held throughout the West Bank, Jerusalem, and the occupied lands of 1948, whose population the newly appointed prime minister, Naftali Bennett, warned from acting as a “fifth column”. In response, Palestinian flags hovered over Haifa, ‘Akka, and Lydd! The keffiyeh soon made its comeback as a symbol, making its way onto the shoulders and heads of its people and their supporters. Maps of Historic Palestine proliferated and bloomed, with names of its historic cities and villages intact. The entire Palestinian heritage also joined in, including food, and returned to flaunt its beauty. Workshops and discussions awoke from a deep slumber that, for a while, seemed to be everlasting.

• Throughout all such activities, before them during the May Uprising, and followed by the ongoing confrontations, the presence of women, older and younger, has been loud and clear: taking initiatives, undergoing arrests and torture, with confidence. This is an especially unmistakable sign, seen and heard by all, of the inception of change, profound indeed in its approach to the Palestinian struggle. Those are no mere details or marginal observations. Changes in moods and value judgements, perceptions of what is deemed honourable or disgraceful, have been, throughout history, but signs of massive turning points in a society, regardless of its location.

• Speaking of one Palestine, extending from the river to sea, would, in turn, be repeated as a given. Not through adolescent politicians’ tongues, or as a unified position that denied reality as it unfolded before our eyes, but rather as a recovered conviction crushed as “politically inappropriate”, steamrolled by the tracks of consecutive defeats. Crushed by an overarching approval of ceremonial international accords, which imposed a discourse whose proponents realise is an unrealistic fib. It remained the haven, however, to which they would resort in the face of crisis: what does one do when settlements expand and the West Bank is called “Judea and Samaria”, when Jerusalem is annexed and its indigenous people expelled, one neighbourhood after the other, when Ramallah itself is invaded and al-Aqsa Mosque is repeatedly desecrated, seriously threatened with its own destruction… “A two-state solution must be upheld”, it is said. “These are violations of international law”, it is said. And so it goes as they weave a narrative of illusory threads, meant to compensate for whatever facts on the ground, for whatever is so bluntly stated. And perhaps it does indeed help camouflage facts on the ground, or lighten the impact of stated words. At any rate, it enables a wide group of Palestinians, who benefit from all forms of business (both material and symbolic) with the Occupation, to remain in a grey zone. There, they are neither branded as complicit contractors for the Occupation, nor demanded to give beyond what they do. In the shadow of mutable standards, phenomena like this Mansour Abbas are produced, the “Islamist” who headed the United Arab List into the Knesset elections… However, he, too, has become a bad example and an insult, following in the steps of that good old story of normalisation.

• The tide in the entire Arab region and all over the world has shifted. Previously, if one were to mention Palestine, one could be met with an uninterested silence, at best, grumbling, or even accused of committing a sin. This tangible shift, with its own indicatory signs, reveals that the reverse attitude had been but the product of despair and frustration, rather than an entrenched conviction. These days, Palestinians have been inspiring a solidarity movement throughout the entire world, a vast and decades-old movement, extinguished, though temporarily, and whose majority had never given up its convictions in the first place.

• Nothing speaks volumes about this ongoing development as the chants heard during the Israeli Flag March. There, they have called for a second Nakba or, rather, threatened with a second Nakba, called for death to Arabs, and cursed the Prophet. Funnily enough, though, they, too, have been regurgitating a narrative woven with illusory threads. They have said that the entire world loves Israel when aversion to Israel has reached unprecedented peaks, even among its traditional supporters. It suffices to take a glance at American newspapers to verify such sentiments. They have said that Arabs stand with them, mentioning Lebanon, for whatever strange reason, and Morocco, where no one in Rabat would rent out their apartment to the Israeli ambassador, thus sent packing to Tel Aviv…

• This leads into a future road, though not paved with roses. But that’s all right! This is yet another question that complements, rather than contradicts, the achievements of its predecessors.

[1] After a year’s break, the show al-Da’hee’h picked up in June, relaunching through an Emirati platform, "New Media Academy", garnering nearly 3 million “views” on YouTube. It resulted in quite the controversy on social media, and met with demands to stop the show, accusing it of targeted normalisation with Israel. 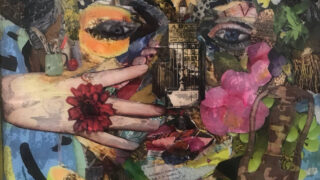