IMF, Gulf Loans Are a Trap For Non-Oil States

The International Monetary Fund has returned to the forefront to play a bigger role than ever in the fate of Arab non-oil producing countries. Its advice and terms were partly responsible for the impoverishment of rural Tunis, Damascus, Alexandria, Sana’a and others. For its policy has always been predicated on giving priority to reducing subsidies and the
2012-12-19

The International Monetary Fund has returned to the forefront to play a bigger role than ever in the fate of Arab non-oil producing countries. Its advice and terms were partly responsible for the impoverishment of rural Tunis, Damascus, Alexandria, Sana’a and others. For its policy has always been predicated on giving priority to reducing subsidies and the development of world trade, at the expense of rural areas and the countryside. Why do Arab rulers, new and old, of non-oil producing countries, insist then on giving the IMF such leverage?

The IMF intervenes only after receiving a request for aid by the government of a certain country, and does so by providing loans with maturities of less than three years, subject to terms that the government pledges to fulfill. The IMF has recently signed agreements with Arab non-oil producing countries. These including Jordan ($2 billion) and Morocco ($6.2 billion) in August of 2012, as well as Tunisia ($1.8 billion) last year, and Egypt in November 2012 on the eve of the “Constitutional Declaration.” They also loaned to Iraq, Mauritania, Yemen and Lebanon.
It is noteworthy that, wherever the terms of the agreements with the IMF were implemented, social movements and popular demands spread through the streets, the most striking of which recently took place in Jordan, Iraq and Tunisia, and earlier in Egypt in 2007, or earlier even during former president Anwar Sadat’s reign. Such events seem to fall in line with the issuance of Mohammed Morsi’s Constitutional Declaration on November 21st, which appears to have been a preventive measure meant to contain the inevitable restlessness that the Egyptian people will feel when the agreement with the IMF comes into effect.
These facts lead us to some questions, such as: Does the population always revolt whenever the IMF intervenes? And why does that occur despite the fact that the IMF only intervenes to grant low interest loans in hard currencies after receiving a request from the ruling governments? Lastly, have things now changed, and transformed the nature of the relationship that the IMF has with new regimes, as opposed to old ones? In other words, did the IMF review its catastrophic policies and amend the terms [of agreements] such as those that were implemented in Latin America between 1990 and 2005? And do the new Arab rulers have vigorous economic plans that differ from those of Mubarak and Ben Ali?

The economic situation in non-oil producing Arab countries has greatly deteriorated lately as a result of the 2008 world economic crisis, which led to a swift rise in trade deficits, in addition to a decrease in tourism revenues as a result of the Arab revolutions. As an example, tourism revenues in Egypt fell to one third of what they were prior to the Jan. 25 revolt. Such an economic collapse is unprecedented, for the Egyptian state’s budget deficit ballooned to reach 11% of its gross domestic product. In Jordan, Tunisia and Morocco, it increased to approximately 7% of GDP. This budget deficit was accompanied by a rise in the trade deficit which also increased to between 7% and 15% of GDP, one of the highest such ratios in the world.
This deteriorating economic situation, coupled with the flight of capital, has exacerbated governmental demand for liquidity. For example, Egypt requires $15 billion over  the next two years to balance its budget — about four times more than the amount that was needed by Mubarak to accomplish the same task. Jordan’s reserves in hard currencies, on the other hand, are valued at less than four months’ worth of imports; in Egypt it is three months. The country lacks the needed domestic savings rate to meet this additional demand for capital and liquidity, as is the case in most poor countries, which forces governments to resort to foreign capital and the IMF, whose role, as an entity supposed to maintain economic stability, was reestablished after a period of sharp decline.
This quickly deteriorating economic situation was not accompanied by an improvement in the regimes’ image in terms of efficiency or seriousness in resolving problems, or a commitment to implementing structural reforms, as the IMF calls them. In a speech to the London Academy on Nov. 13 of this year, David Lipton, the First Deputy Managing Director of the IMF, alluded to the opinions of Hussein Agha and Robert Malley (who he called “two of the most prominent scientists in the Middle East”), who said that in the Middle East, “history does not move forward; it slips sideways,” and that newly-elected governments lack the needed direction to instill political and economic reforms, an impasse further exacerbated by religious partisanship.
These facts shed further light on the nature and level of IMF intervention, as well as the conditions that it imposes. The IMF estimates that, for 2013 alone, the five aforementioned Arab countries need an additional $33 billion in foreign capital, half of which would come from loans granted by the IMF and the other half by Gulf states in the form of short term low interest loans and deposits. This development is exactly what gave Qatar and Saudi Arabia their exceptional and unprecedented  present importance. Even the Gulf loans are conditional on the implementation of the IMF’s requirements, in the form of liberal laws and principles that must be applied, “permitting the markets to regulate themselves” (as per the liberal philosophy), and achieve balance through supply and demand without government intervention. These conditions apply to government spending, as well as state revenues.

All governments are required to lower their spending by canceling their energy subsidies on gasoline, gas and foodstuffs. They must put an end to these expenses, which totaled $212 billion in 2011 for the Arab region. That adds to 7% of the region’s GDP (8% for Egypt and Jordan), with energy subsidies alone accounting for 80% of the total value of the subsidies.
Canceling subsidies would surely lead to a decrease in budget deficits, and a “rationalization” of those sectors, because the IMF’s “specialists,” who all are economic liberals, are convinced that government intervention in economic matters is futile and that the private sector is more effective than the public one [in such matters]. It must be clear to those asking for the end of subsidies that canceling them would surely lead to social and political problems that would weaken the regimes in question. The IMF therefore advises the governments that are borrowing money to alleviate popular tension through a number of measures: First, conduct a media campaign to raise awareness about the objectives that the government has in lifting subsidies. Second, directly help the poorest population segments, in a manner that mimics the work of charitable organizations. In hindsight, and up to this point now, it would seem that the Jordanian, Tunisian and Iraqi regimes’ powers of persuasion were deficient.
Revenues
The second part of the liberals’ conditions revolve around raising government revenues through the increase of direct taxes, and especially indirect ones. Although raising direct tax rates is a fair undertaking because it affects high earners, expanding indirect taxes by levying added value taxes on all merchandise is much less fair — albeit more “effective” — but will surely lead to lower living standards and a decrease in the middle class’s buying power.

What are the expected results of all those loans and conditions for the borrowing countries? First of all, implementing the IMF’s conditions is a prerequisite for receiving loans from other countries, as was the case in Lebanon, Argentina, Greece, etc. Oil producing countries will loan Egypt $10 billion in 2013 and 2014, just as Qatar had loaned Tunisia $1 billion. Furthermore, these governments expect that their budget deficits will decrease as a result of them raising revenues and reducing spending. Expectations are that Egypt’s deficit will decrease during the next three years, and eventually completely disappear later on. It should be noted here that a rise in loan amounts will accompany any budget deficit reduction, which translates to a rise in the fiscal deficit (as a result of the added interest to be paid). These outcome is that these regimes will remain indebted to the IMF and the Gulf states for long periods of time. The reason is that the loans, whether from the Gulf or the IMF, are short and medium term ones, which do not permit long term investment. But the Arab non-oil producing states are in desperate need of such [long term] investments. These loans’ benefits are therefore less than expected because they represent short term solutions.

The IMF answers these criticisms by stating that if governments succeeded in reducing subsidies and aid, expanded the private sector’s role at the expense of the public sector, and managed to focus on improving the country’s standing on the world trade arena, then, a positive dynamic is sure to ensue as a result of an improved trade balance sheet and the influx of foreign investment capital. The IMF’s Deputy Director cites the current Turkish state as one which succeeded at reducing the deficit through “specialization and privatization.” Yet, he seems to forget that these actions resulted in a rise in unemployment, private sector debt and an increase in the trade deficit. He also overlooked the fact that the Turkish miracle — built on consumption growth — was temporary, and occurred as a result of previous governments’ implementation of IMF directives. These, ironically, led to their demise.
In summary, Arab non-oil producing countries need a lot of capital, more so than ever before, so that they may be able to balance their revenues with their expenditures. Obtaining  that capital depends on the IMF and the implementation of economic liberalism, itself a prerequisite for receiving loans from Gulf states. Accordingly, the cornerstone of this economic policy lies in putting an end to energy subsidies, as well as subsidies on food staples.
As energy and petroleum prices increase, debts will rise, as will the reliance on the IMF and Gulf states. These are temporary solutions that increase the IMF and Gulf states’ leverage over non-oil producing countries, and keep those countries in a very vulnerable state as a result of the major difficulties that they will face upon implementing the conditions that were imposed on them. With true democracy, new types of tensions will arise, similar to those that prevailed in Latin America during the 1990s and like those we saw in Egypt over the last few weeks, that will lead to regimes and governments not lasting all too long.

The Coronavirus in Lebanon: Between collapse, exhaustion, and resignation

When speaking of the coronavirus in Lebanon, the truth we must constantly recall is that the pandemic hasn’t necessarily been the biggest of this little country’s worries in the past... 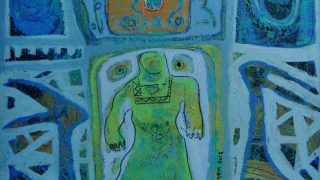 The hegemony of the United States nowadays relies less on direct force and more on technology through spying and monetary power through imposing sanctions on states and individuals.  Sanctions... 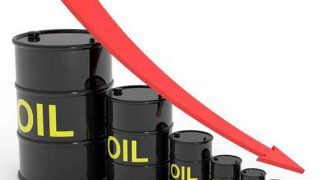 Oil and U.S. foreign policy in the Middle East

The new strategy of the U.S. administration seeks to reduce federal budget deficit by slashing defense spending which requires both the withdrawal from Iraq as well as the reduction of...

The Arab Spring has made prominent a number of phenomena that find their roots in the distinguishing features of the region, especially the Arab Levant. These features are religion (and,...