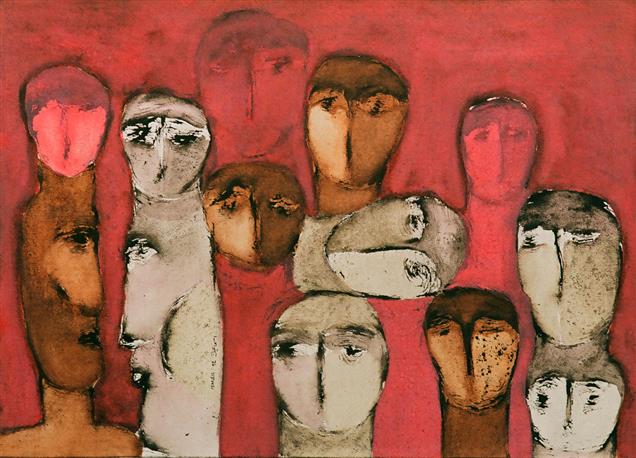 The catastrophe that took place on 5 June 1967 boils down to one fact: it sealed the consequences of the Nakba. It marked the defeat of political projects that promised an Arab rebirth and refused to accept the 1948 ethnic cleansing of Palestine.

This defeat transformed the ethnic cleansing of Palestine from something temporary into a constant in the political equation. It inaugurated a situation in which two separate worlds coexisted in a single country under the same supreme authority, each with its own social circumstances, legal classifications, “majority” and “minority” populations, instruments of repression, and popular political projects. In these two parallel worlds, the lived reality differed according to the year of inception — 1948 versus 1967.

At the end of the 19th century, European colonialism was at its most self-aware. In 1884, the French Prime Minister (and Minister of Fine Arts) Jules Ferry made his infamous remark at the height of the splendor of the Third Republic that “superior races have a right because they have a duty. They have a duty to civilize inferior races.” Here, in simple terms, is the racist ideology of colonialism. And as we shall see, it has a relationship, albeit a strange one, to what took place in Palestine in 1967.

This period also witnessed a flourishing of literature on the notion of time travel. It was an age in which the machines of the industrial revolution seemed capable of triumphing over anything. Their power to compress the time required for human action raised the question of whether mechanization could master time itself, allowing man to race ahead to the future or to remake what has already passed. Three major novels emerged in this vein: Enrique Gaspar y Rimbau’s 1887 El Anacronópete, the first novel with a plot based on a time machine; Mark Twain’s 1889 comedy, A Connecticut Yankee in King Arthur’s Court; and in 1895 came the most celebrated of the three, H.G. Wells’ The Time Machine.

These three novels have much in common, most importantly their reliance on a fixed point in time from which their narratives would unfold. The plots don’t start in a temporal vacuum or state of uncertainty. No matter how fraught, violent, or extreme the time travel, the story is always based on something that is absolutely given: a fixed moment in time, a victorious present that prevails over other time periods. This is a constant in history, the existence of which is beyond doubt, even as the characters’ sojourns in the past and future are always precarious. Thus, Mark Twain’s tale sets out from an altercation between an engineer and a worker in his factory, while the protagonist of The Time Machine embarks on his journey to the year 30 million from his sumptuous dinner table in Richmond, England in the late 19th century. But the strongest expression of this victorious present, this absolute given, comes in Rimbau’s novel. The group sent by the author to the 30th century BC departs from one of the most vivid symbols of that time: the Paris World’s Fair of 1878. The occasion was a momentous historical event that captured the spirit of modernity, in which the French celebrated the rebirth of the Third Republic and showcased the head of the Statue of Liberty, then still under construction. These novels thus treat their own time as a temporal bedrock, from which one could rewrite history or confirm the course of the future. Coincidentally, 1878 was the year in which the first Zionist colony was built in Palestine.

These literary works rely on the fundamental tension between a fixed moment in time and a potential moment in time. Doubts over the possibility of traveling through time are ever-present and fuel the core conflict in the plots. But the initial setting for these stories is never in doubt, and it always prevails. Just as Jules Ferry attributes racial supremacy to a specific geographical origin in Europe, so temporal supremacy in these literary works stems from the late 19th century as the time that triumphs. The central mission of the satirist Mark Twain is to impart the secrets of modern manufacturing, à la Jules Ferry, to the people of the 16th century. H.G. Wells’ protagonist wonders how he would acclimate poor, backward Weena if he were to save her from the cannibals and take her back with him to his own time.

On 5 June 1967, Zionism traveled through time. It ventured across boundaries and defeated the political project that opposed it and sought to resist the Nakba. In doing so, Zionism enshrined its original space and time – as defined in 1948 – as given and fixed. In this moment, the polity established on lands occupied in 1948 was transformed from a colony of Europeans to a proper nation-state, with colonies of its own beyond its newly fixed and absolute borders, in areas named the West Bank, Gaza Strip, Golan Heights, and Sinai Peninsula.

The Green Line – originally a mere cease-fire demarcation in the 1949 armistice – became an official, legitimate border, a new baseline for demanding territorial concessions from Israel. The debate was redefined in terms of Israeli withdrawal to its original space and time, namely the territories occupied in 1948. The Green Line became divorced from the Nakba and the armistice consigned to history. The 1949 line instead became known as the 1967 line.

Implicit in the demand to withdraw from occupied territory is a recognition of the legitimacy of the occupier’s presence in the space to which he is asked to pull back. Thus on 5 June 1967 the question of Palestine transformed from a struggle to dismantle a racist colonial regime into a conflict over borders. Yet the Zionist project embodies, first and foremost, a European colonial ideology, regardless of how much land it has or continues to take. We must therefore trade our spatial understanding of Israel for a temporal one. We must now put aside maps and geography and focus on a moment in history: the constitution of a political entity through a long process of institution-building, in which a discriminatory ideology became a state. The framing of the question of Palestine as a struggle to liberate land from Zionist control leads us ineluctably to haggling over concessions, percentages of land, withdrawals and land-swaps. It leaves us with a militaristic vision obsessed with recovering the land from those who stole it, devoid of any thought of overcoming Zionism in order to uphold values of liberation or justice.

The Palestinian struggle must be understood as a struggle to prevent the mutation of racism from a mere ideology into a sovereign institution. It is a struggle for the complete abolition of a system for which the expropriation of land is an inevitable byproduct, and whose sense of racial superiority is sustained through control over natural resources.

Thanks to the 1967 war, the Zionist project succeeded in limiting the debate over its legitimacy to the borders of the newly occupied territories. Contributing to this shift has been the maintenance of two distinct legal statuses for Palestinians under Israeli rule – statelessness in the 1967 territories and an imposed Israeli citizenship inside the Green Line. The First Intifada focused on a discourse of Palestinian independence in the West Bank and Gaza Strip, thereby setting the stage for the Oslo Accords. The course of all these historical events has left 1967 as an open moment of contingency and flux, while 1948 became the moment fixed in time, the moment of a Nakba that must not be denied.

The Israelis crafted their narrative on the basis of this tension, departing from the moment of 1967 to travel through time as they wish, writing their own version of history and imposing their authority on the possibilities of the future. The power of settler colonialism lies in its being able to choose the moment in time from which history begins. The truth starts here. From this point the law applies. Israel is unlike other states where fascism develops from populist incitement to laws to a new regime to outright ethnic cleansing and genocide. Instead, in Palestine, laws and regulations are enacted to preserve an ethnic cleansing that has already taken place and to render any return to the status quo ante impossible.

The year 1967 was also the turning point that cemented Israel’s status as a state that can permit itself to critically discuss its military occupation. Having freed itself of anxieties over the justification of its existence, it could finally allow internal debates over excessive privileges such as the colonization of Gaza and Sinai. Discussing the colonization of Yaffa, on the other hand, would involve going too far back into the past.

In this moment, Israel became solidified in Arab eyes as an established regime and for Israelis, it marked their graduation from being members of a colonizing society to having the luxury of debating colonialism as a specter of the past. From here, one could argue over the edges of colonialism without touching the regime’s core privileges. And as for the Palestinians, the defeat of June 1967 has left us embroiled in questions over land as territory rather than as a raw element necessary for human action and communal thriving. We have been reduced to begging for half a state on a fraction of our homeland, engaging in a discussion on the oppressor’s terms over the geographical extent of his privileges, instead of squarely confronting those privileges themselves.

Translated from Arabic by The Nakba Files

Al-Quds* has been at the receiving end of the most intense and fastest colonial encroachment ever seen in Palestine, its people left to their own devices, stripped of any support,...

The Israeli human rights organisation, B’Tselem, has recently issued a statement in which it says that “the territories under Israeli control are organised under a single principle: advancing and cementing...