Newly published in English, the oral testimonies reflecting the struggles, experiences and views of Palestinian women in Lebanon during the seventies.
2022-06-13 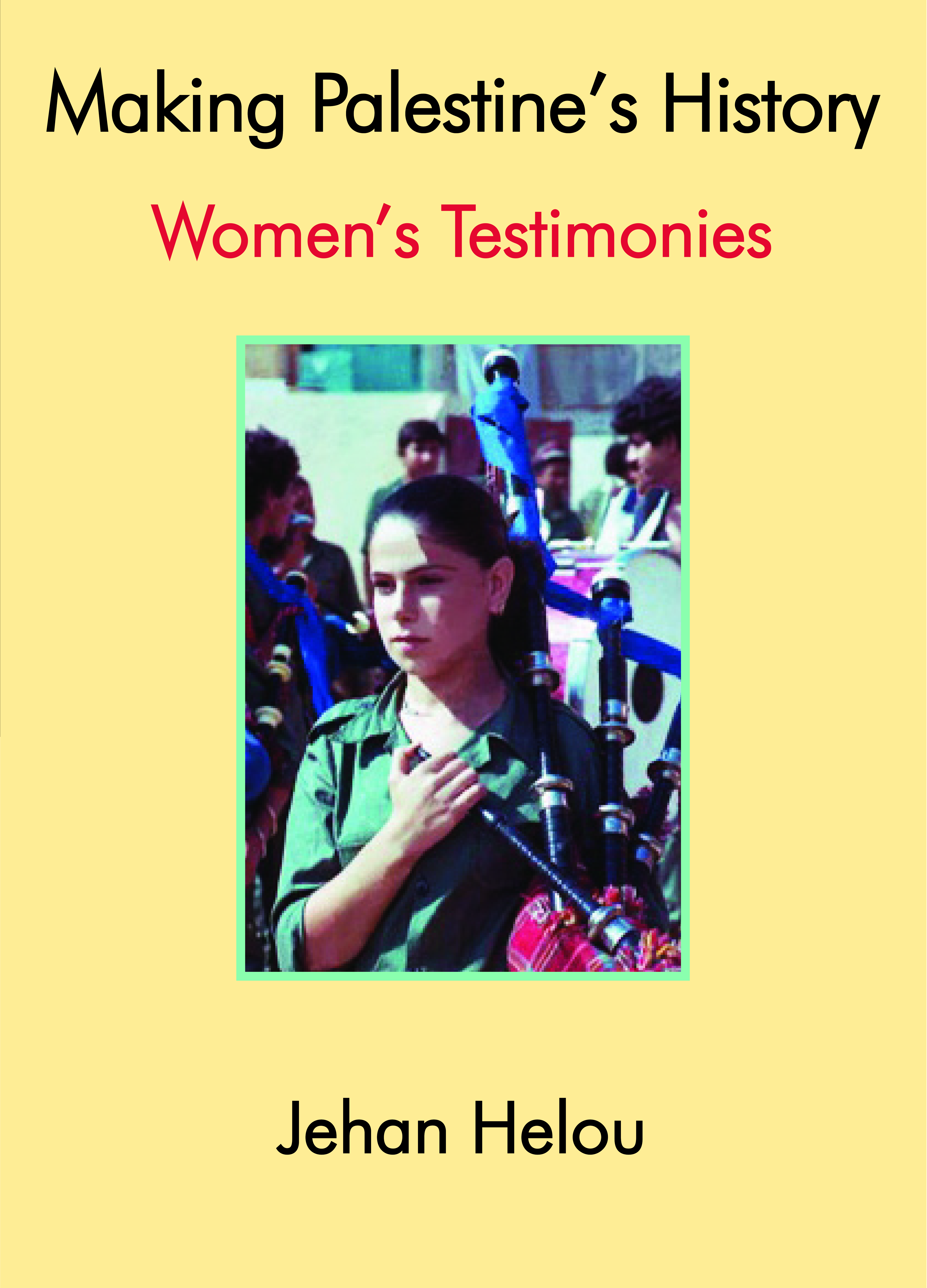 The oral testimonies of Palestinian women presented here shed light on a vital part of history until now ignored.

Palestinian women played a prominent role in the Palestinian Revolution in Lebanon (1969-1982). They had to struggle on several fronts in the Palestinian national liberation struggle: against Zionism, colonialism, and reactionary Arab regimes and forces, as well as against social injustice and the patriarchal system that enslaved them and degraded their humanity.

Documentation about this important role is fading with the passage of time and the accumulation of tremendous political change and crises. However, the question arises as to why this honourable role in making history has remained in the shadows. Is it not a crucial part of Palestinian history and of women’s liberation struggle around the world? Surely knowledge of this history helps an understanding of the current situation of the Palestinian people in general, and their struggle in Occupied Palestine and Lebanon.

This forgotten story is told by the interviewees recorded in this book, each one narrating her complex struggle and the importance of social transformation. Here are the voices of revolutionary women, narrating their outstanding experiences at different stages in their lives; their struggle with their parents and society and their joining the revolution. In this important oral history, we read of rich experiences never told before.

These courageous voices tell how women seized their role in the revolution and began their liberation process, not depending on the impetus of the revolutionary situation alone, or on the encouragement of their male compatriots, but as pioneers grabbing every opportunity to be in the forefront of the national struggle, boldly breaking the chains that enslaved them. They had a remarkable role in the progress of the revolution and in defending it.

Great sacrifices were made, initiatives courageously taken, and landmarks accomplished. It is striking and heart-warming to read women’s narratives delivered spontaneously with all humility, reflecting that their sacrifices for their homeland were natural. They never expected recognition but were glad to tell their story to the world; that of breaking their chains and their struggle for their liberation and their right to be part of the decision-making echelons.

The revolutionary atmosphere was the catalyst. Though the PLO had no central vision or program addressing women’s issues, women persisted, and escalated their struggle and sacrifices. Vanguard women tore up the oppressive traditions broke out of their cage and introduced their own conventions and norms, thus taking control of their lives. The direct connection between women’s liberation and national liberation is obvious in women’s experiences in Jordan, Lebanon and the Occupied Territory.

These leaps forward and social transformations were the beginning of Palestinian women’s liberation; though, for both objective and subjective reasons, no change took place in family status law. Moreover, there was a shameful absence of women in the leadership positions, despite women’s vital role and sacrifices.

Unfortunately, the Palestinian revolution was aborted by its permanent trio of enemies: Israel, imperialism, and Arab reactionary forces- mainly through the Israeli aggression on Lebanon in 1982. The military and political leadership and members had to leave Lebanon. The PLO had also lost its socio-economic existence. However, the national struggle did not end, as long as colonialism and injustice are present; the spirit of the revolution inhabits the Palestinian people.

Women’s struggle for their liberation goes on. In their testimonies some women call this period the ‘Golden Age’, and they all describe it as the best time of their lives – lives that were transformed by the revolution.

Though the process of women’s liberation at the grassroots level and the formalizing of the laws guaranteeing gender equality were halted, women’s rich experience, empowerment and social consciousness cannot be reversed. Palestinian women generally were empowered and, as we read in the profiles and testimonies, hundreds of them have become “new women”. Despite the fact that women in the oppressed Palestinian camps lost many of their socio-economic benefits, the majority were empowered; they join in the defence of their camps against all attacks and play an important role in protest at the racist policies imposed on the Palestinian refugees.

• By Spokesman Books, the publishing imprint of the Bertrand Russell Peace Foundation.