24 laws restrict Jordanian media Jordan's media sector has been recently receiving consecutive slaps in the face from the government, and it seems that they won’t stop any time soon. These slaps make no distinction between authors, journalists or editors. They attack both printed and electronic papers, and they do not take
2015-01-27 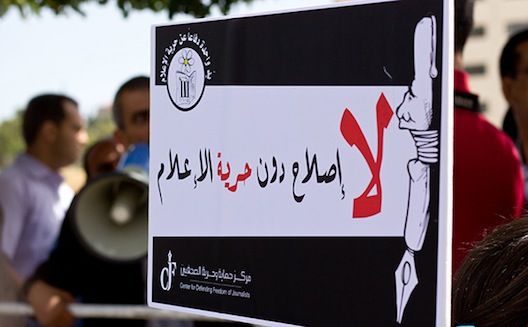 Jordan's media sector has been recently receiving consecutive slaps in the face from the government, and it seems that they won’t stop any time soon. These slaps make no distinction between authors, journalists or editors. They attack both printed and electronic papers, and they do not take into consideration any political orientation. The media are under the menace of the controller.

Veteran journalists still tell stories about arrests, violations and security interventions that took place under martial law and in the mid-1990s. They recall these stories in the context of the change that occurred at the level of press and media freedoms. However, this restriction and those violations have not disappeared; they moved from basements and cellars where pressure is secretly placed, to an era where the law and the legislation openly restrict press freedoms.

Using laws to control and tame the media began when the Jordanian government blocked 300 websites in mid-2013, in line with the provisions of the press and publications law, which compels electronic sites to have a license and an editor-in-chief who is a member of the journalists' union.

A report prepared by Al-Balad Radio Station indicated that the number of journalists working outside the umbrella of the union is 550, accounting for 33% of journalists in Jordan. The crisis then went on to include the printed newspapers, as labor protests exploded in three of the most important daily newspapers in that year: Al-Rai, Addustour and Al-Arab Al-Youm, as a result of the economic crisis. According to these laborers, the crisis was the result of tax imposition without [tax] exemptions and the concentration of government advertising in certain newspapers.

This crisis resulted in the suspension of the publication of Al-Arab Al-Youm for two months and the restructuring of the newspaper, which led 200 journalists to lose their jobs, as the late payment of salaries in Addustour continues until this very day.

In less than two weeks in the past month, the editor-in-chief of Al-Rai newspaper (a semi-governmental newspaper) and Tareq Masarweh, a journalist at Al-Rai and a former minister of culture, appeared before the public prosecutor against the backdrop of an article in which Masarweh makes reference to the judiciary and which the newspaper published. The two were accused of defamation, degradation and rumor-spreading based on the penal code. They were also accused of violating the provisions of Article 5 of the press and publications law, which states that “publications shall respect the truth and refrain from publishing what is contrary to the principles of freedom, national responsibility, human rights and the values of the Arab and Islamic nation.”

As soon as the story of Masarweh and [Samir] al-Hiari [Al-Rai’s editor-in-chief] calmed down, Amman's public prosecutor summoned the editor-in-chief of Al-Ghad newspaper (an independent newspaper), Jumana Ghneimat, against the backdrop of a complaint filed with the public prosecution after she published an article relating to the behaviors of some members of the House of Representatives. But the judiciary soon ruled that the article only includes permissible criticism.

A few days later, Jordan's audiovisual body prohibited the publication of any news or comments relating to the armed forces except based on an explicit and direct request from the responsible sources with the General Command, and in line with the armed forces law and the law on the protection of state secrets and documents.

There are currently 24 laws restricting journalism in Jordan, including sanctions, the protection of state secrets and documents, the violation of the sanctity of the courts and Jordanian copyright. The executive authorities had pledged to jurists during the Universal Periodic Review of Human Rights in Geneva in 2013 not to deal with the media based on [these 24 laws] but rather according to the legislation governing journalistic work, which is the press and publications and the audiovisual law. But it was not long before it reversed its commitments.

Many factors have led to the current situation, including the deterioration of the relationship between the press and the executive authority because of the increased abuses and practices surrounding the work of electronic media, and the absence of a genuine desire on the part of the government to allow the press to deal with the various public issues of concern to Jordanian society. Moreover, some journalists take advantage of the freedom of the press and sometimes resort to sensationalism and exaggeration in addressing politically and socially sensitive issues.

But most of the recent measures fall under the category of a pre-emptive strike and sudden attack on the media to intimidate and deter it and prevent it from tackling issues that the decision-making center does not want to become public, such as participation in the international coalition against terrorism or the security situation in Jordan or even any issue that could make a big fuss.

The official circles in Jordan always forget that the digital revolution and the means of social communication can break any electronic blackout imposed on local media. Jordanian citizens can easily retrieve information from foreign news networks and make the actions of the authorities go down the drain. 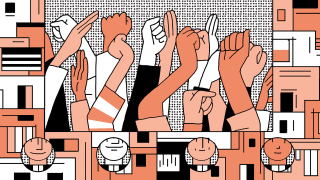 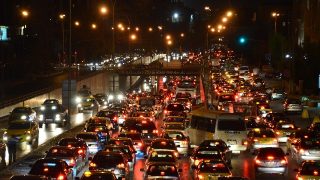 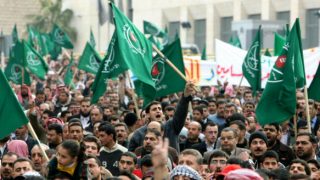