First, They Came for the Islamic Modernists:Book Burning in Cairo

Islam and and the Foundations of Governance, by Ali Abdel Raziq. Jamal al-Din al-Afghani, the biography by Uthman Amin. The Method of Islamic Reform, by former head of Al-Azhar University Abdel Halim Mahmoud. The Foundations of Governance in Islam by Abdel Razzaq al-Sanhuri, who wrote at least four Arab countries’ constitutions. Some Insights on the Importance
2015-07-29 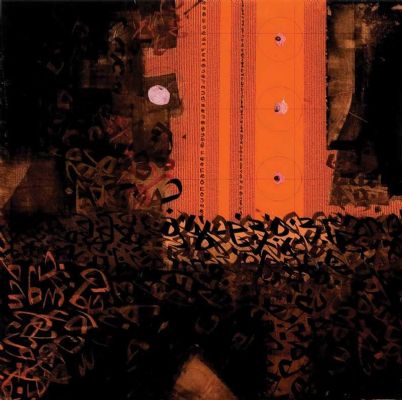 Islam and and the Foundations of Governance, by Ali Abdel Raziq. Jamal al-Din al-Afghani, the biography by Uthman Amin. The Method of Islamic Reform, by former head of Al-Azhar University Abdel Halim Mahmoud. The Foundations of Governance in Islam by Abdel Razzaq al-Sanhuri, who wrote at least four Arab countries’ constitutions. Some Insights on the Importance Prayer in Islam. The list goes on.
All these were among the books burned by the Ministry of Education in a grand book burning ceremony in [the Cairo district of]Giza recently. While national flags fluttered in the background, the piles of books burned and voices chanted “What sweeter name in the world than you, oh Egypt.”
These scene-setting descriptions come to us thanks to the press release issued after the event by a spokeswoman for the Ministry’s Giza branch.
The official press release, written by a certain “Madame Giza,” as people in the Cairo educational milieu call her, refers to a cache of ‘terrorism-supporting’ books discovered in one of the Muslim Brotherhood Schools that were seized by the ministry following the court-ordered freezing of the group’s assets. All 87 of the schools that were seized have been renamed “Thirtieth of June Schools” [The date commemorates the start of the coup against the Muslim Brotherhood government in the summer of 2013].
The burning followed a security directive sentencing all “unfamiliar books” to execution-though by burning, and not by being ground-up. [One of the more vivid slogans of the 2013 coup supporters urged the military to take the Muslim Brothers and “Grind them up like meat.”] The books were carefully scrutinized to determine that their contents were contrary to the principles of moderate Islam, and were then burned to make an example of them.
The news of the book-burning ceremony and the accompanying press release photographs caused an uproar. The newly appointed Minister of Education rushed to release a statement in which he denied that the Ministry had any knowledge of the book burning, and affirmed that the woman who had supervised the ceremony had failed to obtain the proper authorizations. She, meanwhile, affirmed that she had indeed obtained her authorization-from the appropriate security organs. The minister ordered an investigation of ‘Madame Giza’ and all of the other ministry officials who had taken part in the Giza book burning, while assuring the public that the fight against extremism would not be carried out with book burning, but rather through educational programs aimed at turning youth away from violence.
The ripples of the burning event spread beyond the Education Ministry. The culture ministry first issued a statement denouncing the book burning; then within less than a day withdrew that statement and issued a new one which did not directly denounce the book burning. In the brief interim, the culture ministry spokesman who had issued the first release was fired; it turned out he had issued that first press release entirely on his own initiative. A renewed furore over the (also newly-appointed) minister of culture, with his [low-brow and religion-infused] al-Azhar diploma, began in the press. In the previous round, he had come under fire when he scolded the woman director of a prominent museum for letting herself get too fat.
Now the presidential cabinet got involved.
Leaks to the the press indicated that the ministers of Education and Culture had been severely reprimanded in the regular cabinet meeting for failing to maintain public unanimity, but no official statement from the cabinet regarding the book burning was forthcoming. An official silence which seems to have encouraged a number of teachers in Giza to take the initiative to set up a demonstration in front of the ministry of education in favor of burning books and in support of the the “healthy attitude” displayed by Madame Giza. Likewise, the head of the teachers union pronounced the burning of books inside of schools ‘legitimate,’ proclaiming that ‘we will never let terrorism defeat us.’
Then it was the turn of Egypt’s intellectuals to jump in. As it turned out, opposition to book burning came from the very intellectuals who are most opposed to the Muslim Brotherhood. This was certainly the case with the writer Yusuf al-Qaed who also sits on the Eduction Ministry’s textbook committee. “Burning books is outrageous and unacceptable,” he said. “And particularly if it is followed up with a demonstration in favor of book burning.”
“Burning books is not only an expression of extremist thinking, it is basically part of a terrorist ideology,” he said.
Al-Qaed pointed out that a large part of the list of books that were recorded as having been burned were written by the luminaries of Arab culture, men who had themselves struggled against extremism and religious tyranny.
The Giza book burning ceremony is more than an echo of the worst episodes of medieval times, as in the organized burning of the works of the philosopher Ibn Rushd [Avveroes], and not merely a mimicry of fictional events like in the famous novel Fahrenheit 451. The book burning is a signpost to the direction the Egyptian public education system is heading. There was for example the recent revelation that the newly revised school textbooks for primary school students contain allegorical tales calling for the burning of those who dissent from the majority; in one such story, the “sparrows” defeat the “eagles,” imprison them, and burn them alive. 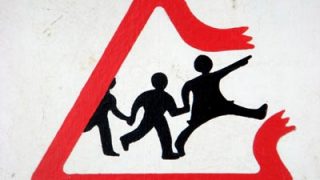 On 27 January, 2015, UNESCO held the Regional Conference for the Arab States on Education Post-2015 in the Egyptian resort city of Sharm el-Sheikh. This conference was in preparation for... 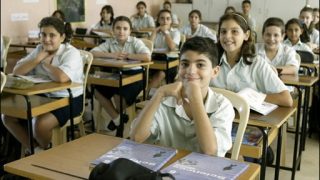 Free Public Education in Egypt for the happy few

In September 2014, Egyptian president Abd el-Fattah al-Sisi issued a decree to establish the advisory council of Egypt's scientists and experts, a presidential board that aims to provide advisory...