Ain Salah in the extreme south of Algeria has been witnessing, since Dec. 31, large protest waves demanding the government-owned petrogas company, Sonatrach, to stop exploiting shale gas, which was test launched in the region (Ahnet basin, Tamanrasset province). This wave tarnished the stereotypical image of the southerners who are thought to be “peaceful”
2015-02-01 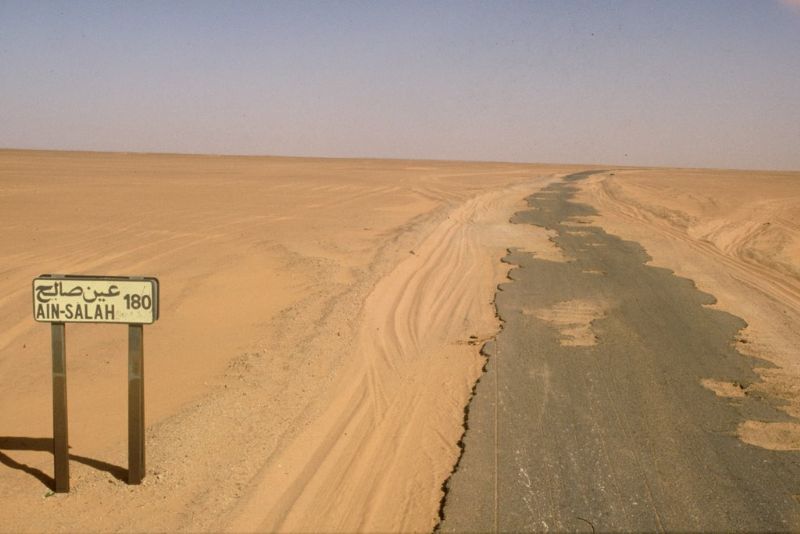 Ain Salah in the extreme south of Algeria has been witnessing, since Dec. 31, large protest waves demanding the government-owned petrogas company, Sonatrach, to stop exploiting shale gas, which was test launched in the region (Ahnet basin, Tamanrasset province). This wave tarnished the stereotypical image of the southerners who are thought to be “peaceful” people, obedient to their leaders. Protests supporting this wave were staged in other southern cities such as Adrar, Tamanrasset, El Golea and Ouargla, which is the stronghold of an important movement aiming at improving the desert youths’ opportunities in the petrol and gas job market.

Ain Salah citizens refuse the exploitation of shale gas because of its environmental and health hazards. Extracting these nontraditional hydrocarbons using the technique of “hydraulic fracturing” requires huge amounts of water, which threatens depleting aquifers. This technique requires pumping toxic chemicals into the underground, which would result in completely destroying cultivation of known oases and spreading some malignant diseases like cancer (the health repercussions of the French nuclear experiments in the Algerian desert between 1960 and 1966 live on).

The Algerian shale gas reserves (the third globally after the Chinese and Argentinian reserves, according to the International Energy Agency) are concentrated completely in the southern part of the country and distributed over seven basins: Moader, Ahnet, Reggane (in the desert), Ghadames, Berkin (southeast, near the Libyan borders), Timimoun and Tindouf (in the southwest).

The protests took the Algerian authorities by surprise, and the officials’ statements were contradictory. Some of them asserted that shale gas is safe for the environment (Minister of Energy Youcef Yousfi, Jan. 8, 2014), as though the discussions about this topic in many countries were senseless.

Others reiterated that the ongoing works in Ahnet are experimental and aim at assessing the reserves. They added that “exploiting this basin is not on the agenda” (Prime Minister Abdel Malek Sellal, Jan. 16, 2015). An obvious fact was missed here; what added insult to injury in Ain Salah was the energy minister’s statement, in which he said that the success of experiments in this basin “pushes us to contemplate the possibility of exploiting its resources” (Dec. 27, 2014). In fact, this statement was just a loyal translation of Sonatrach’s declaration in July 2014, which stated that the production of shale gas will start in 2020. The company even gave an estimate of the expected production size after the first field becomes operational (30 cubic meters, equivalent to 23% of Algerian gas production estimated at 127 billion cubic meters in 2013).

Since the situation in the south is quite critical (because of the Protest Movement of the Unemployed in Ouargla, among others, the confrontations in Mzab between the Arabs and Amazighs and the activity of trans-border militias), the authorities have not yet implemented a large-scale crackdown. Instead, they sent prominent officials to talk with civil community activists in Ain Salah. The president even sent a personal delegate to talk to them. Unfortunately, his delegate was none other than the director-general of national security, Gen. Abdelghani Hamel. This clearly showed that Algeria is officially crippled and unable to find a spokesperson in such a critical situation, except for a general who is “specialized in tear gas,” according to a journalist’s post on Facebook.

Injustice among the desert inhabitants

It was noted that the social movements in the south in the past years were all linked, in one way or another, to the issue of exploiting the area’s wealth of hydrocarbons. Among the demands of the protests in Ouargla in March 2013 was to give priority to southerners to work in the petrogas industry. The head of the environmental committee Shams in Ain Salah summarized the issue by telling the French daily Watan (January 2015), “We neither benefited from traditional gas nor from petrol proceeds. Shale gas will deprive us of the little good that we have left.” By that, he meant the desert agriculture and the underground water wealth. The social movements express a feeling of injustice among the desert citizens who voiced their emotions through two banners the protesters held in Ain Salah. The first banner, which is simple yet moving, read, “The roughness of nature is more than enough!” The second banner read, “We have been your minefields, but we won’t accept to be your shale gas fields too!” It is a reference to the extreme Algerian south being used as an experimental field for France’s nuclear and chemical experiments, even after independence.

Oppressing some of these movements was the main reason behind the formation of armed groups that called themselves “Southerners for Islamic Justice.” Tribal mediations managed to convince some members to hand themselves in to the security apparatus in 2008, but the groups did not die out. In fact, their leader, Mohammad al-Amin Bencheneb, spearheaded the 2013 attack on the Tiguentourine gas location (in the extreme southeast) in which 40 hostages, most of whom were foreigners, perished. This group wouldn’t have appeared if some of its founders hadn’t been tried in 2004 on the grounds of “forming an illegal organization.” The accusation stemmed from their participation in a peaceful movement that demanded improving the conditions of the citizens of the southern areas, especially in terms of jobs. In light of this experience, what is worrying is that the jihadist organizations might lure marginalized youth in this desert that is rich in resources, but poor, despite all the general budget allocations since independence.

With its rentier economy, the government is fidgeting chaotically amid an inevitable economic situation that became more fragile following the drop in oil prices. It cannot break free from this dilemma unless it increases hydrocarbon production to avoid the decline in foreign treasury revenues. Meanwhile, local consumption is soaring (26% increase between 2006 and 2012 in terms of natural gas). The government is currently in a quandary. It is trying to opt for the lesser of two evils. Succumbing to the demands of the public movement in Ain Salah will not bode well for the global petrogas companies. Without their assistance, there can be no exploitation for shale gas. But oppressing the movement might spread fire to other southern regions where nontraditional hydrocarbon basins exist. 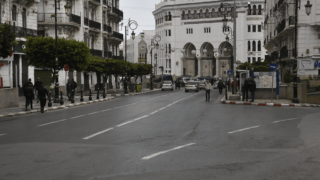 Algeria: Healthcare in Times of Covid-19

While the healthcare system in Algeria has not collapsed with the pandemic, the latter cruelly revealed its great vulnerability through the strategies at work between the state and the new... 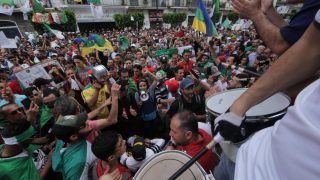 Something liberating happened inside our heads. It was as if it had suddenly become possible to become actors in our destinies after decades of being silent. 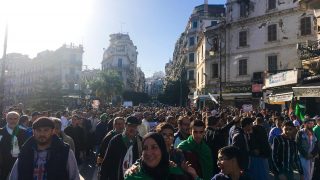 It would be delusional to look for ways out of the general economic, political, and social crisis through futile technical or financial actions. To part with the rentier model, create... 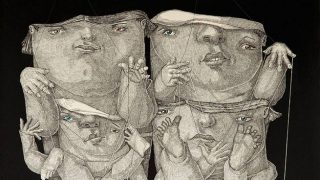 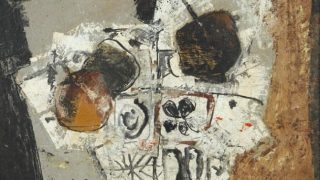 On 9 December 2014, French hostage Serge Lazarevic was released after being held captive by an armed group affiliated with Al-Qa’ida in the Islamic Maghreb (AQIM) since 24 November... 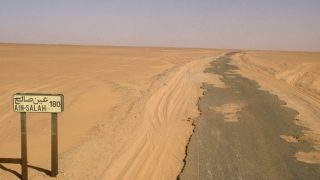 Algerians Say No to Shale Gas

Since 31 December 2014, the city of Ain Salah in Algeria’s far south has been witnessing a mass protest movement demanding a halt of the exploratory drilling for shale...