How easy it is for world powers to mourn the fatigue that sets in following battles, a weariness owing its existence primarily to the reluctance of their electorates to wage extended wars. One example of this battle fatigue came five months after the end of NATO’s first air campaign against Libya (March 19, 2011); this is what drove former French President
2013-04-24

How easy it is for world powers to mourn the fatigue that sets in following battles, a weariness owing its existence primarily to the reluctance of their electorates to wage extended wars. One example of this battle fatigue came five months after the end of NATO’s first air campaign against Libya (March 19, 2011); this is what drove former French President Nicolas Sarkozy to offer the late Libyan President Moammar Gadhafi safe passage to Fezzan with 200 of his loyalists in exchange for leaving Tripoli. But Gadhafi demanded instead that 2,000 of his supporters be allowed to accompany him. The striking thing is that Sarkozy agreed to it, after consulting with his NATO allies.
The agreement was formulated, and everyone went to work on its logistical aspects, even including Gadhafi’s closest friends, those who expected him to sign. Except Gadhafi then proceeded to surprise everyone by tearing up the agreement and heading instead to the Gulf of Sidra (or Sirte) on the southern coast to make his last stand. And, as is well known, he was taken prisoner a few weeks later (in October 2011), while his convoy was headed in the direction of the Sahara desert. Did he do so out of a belief that the offer of safe passage was still on the table?
Leaked documents indicate that Algerian intelligence services provided NATO with updates on Gadhafi’s location during that final journey of his. Perhaps the Algerian authorities had examined Sarkozy’s offer, and feared that Gadhafi might establish a presence near their country’s eastern borders and form an alliance with the Tuareg separatist movement known as “Masters of the Sahara” [Sadat al-Sahraa’].
The situation in the Sahel region and in southern Libya would have grown increasingly complex, threatening Libya’s southern neighbors  — and, of course, Libya itself even more so — if Gadhafi had accepted Sarkozy’s offer and settled down locally. In northern Niger, for example, he would have enjoyed sympathy and support. This was not lost on policymakers in France. Perhaps Gadhafi’s belief that Sarkozy’s offer was a kind of trap was not that far off.

Algeria and the African Sahel Region

Nevertheless, the south of Libya remains the soft underbelly of the country, even without the Gadhafi-run enclave, since it abuts northwest Sudan, Chad, Niger, southwest Egypt, and southeast Algeria. The band of territory extending from northern Chad to Mauritania and the Atlantic Ocean has become known as the “Sahel” or coastal region. It is one of the poorest regions of the globe, home to horrific levels of social and economic deprivation.
In the Sahel, the control of the central government is at its weakest, the upshot being that the possibilities for non-state actors such as al-Qaeda in the Islamic Maghreb (AQIM) to recruit, arm and train are at their zenith. The recent events in Mali and Algeria provide vivid illustrations of this threat. It is said that a group of Algerian fighters who detained two Westerners at the Tigantourine natural gas facility in the Sahara had already acquired their weapons in Libya. They were no different from the Malian insurgents whom France hoped to eliminate. Insurgent activities are not limited, however, to the Sahel region or to southern Libya. The danger emanating from the south constitutes a major threat to Libya in its entirety as well as to its neighbors, both east and west.
For the last two years, since the beginning of the rebellion to topple Gadhafi, Libya has been one of the most important recruiting centers for Islamist mujahedeen and for al-Qaeda fighters. It has become clear that al-Qaeda has taken to spreading throughout the Sahara desert. When former American Secretary of State Hillary Clinton testified before the US Congress about the events of Benghazi, she warned that jihadist groups had already established a complex network of alliances in North Africa.
Mokhtar Belmokhtar recruited the group that took control over the Tigantourine gas field in Amenas in southeastern Algeria, an action which resulted in the deaths of 38 hostages and 29 militants. Among the members of the group were a number of Egyptians active in Libya. Sources in Algeria indicate that Muhammad Lamine Bencheneb, the fighter who led the attack on the facility, purchased the weapons used for the attack in Libya’s capital city, Tripoli. The hostage takers assembled without hindrance prior to the attack in the city of Ghat in southern Libya, near the Algerian border.
A senior Algerian officer claimed that the planners of the attack on Tigantourine were the same group that carried out the attack on the American consulate in Benghazi. This corresponds with the statements by officials in the American State Department that some members of Ansar al-Sharia, a local group that the United States believes executed the attack upon the American diplomatic delegation in Benghazi, have ties to AQIM. AQIM is one of the organizations that has come to put down strong roots in northern Mali.

France’s war in Mali: until when?

The question now is to what extent the current French operation in Mali of pursuing this network of mujahedeen who are operating all along the Sahel region will continue. Will France claim the right to hunt them down in hot pursuit, or will it seek instead to identify the source of their arms supplies within Libya and destroy them?
France must carefully examine its options for any operation in Libya with the utmost care, owing to certain old and deeply-rooted rivalries [within NATO], particularly between “Old Europe” and the United States. The latter has no problem with the French operation in the Sahel region on NATO’s behalf, especially in the former French colonies of Mali and Niger. But it would look askance at any French attempt to establish long-term military dominance in southern Libya.
There can be no doubt that French decision makers know where the line has been drawn, and they might well not seek to cross it.
Multiple quagmires: Europe, Egypt and Qatar
Egypt also finds itself increasingly entangled in the events in Libya. Egypt has legitimate concerns regarding the excessive spillover of events in the Sahel region and eastern Libya across Egypt’s borders. Egyptian sources indicate that there are strong ties between the Egyptian Salafist Jihadi Movement, the group that President Mohammed Morsi’s administration is combating in the Sinai Peninsula, and similar groups working in southern and eastern Libya and in the Sahel region.
In talks between Egyptian and Libyan officials, Egypt often raised the issue of the heavy arms traffic from Libya, including long-range surface-to-surface missiles. Egypt also discussed this issue with its European and American allies who seem to be eager for Egyptian efforts to secure and stabilize its western borders, as well as to benefit from their vast intelligence and political knowledge of eastern and southern Libya in order to influence events and exert a calming, stabilizing influence. However, this comes to an end at the outermost limit of Egyptian influence. The talk common in some Libyan circles that Egypt could be encouraged to demand the eastern region of Libya is both totally unfounded, and politically childish.
Europe is also extremely worried about its interests in Libya. Recently, Great Britain, Germany, the Netherlands and Australia all urged their citizens to leave the Libyan city of Benghazi due to “a clear and imminent threat to Westerners” tied to France’s actions in Mali and regarding the danger that “Islamist extremists would attempt another kidnapping.”
As if the Sahel region suffered from a shortage of conspiracies and intrigues, the French Ministry of Defense’s Directorate of Military Intelligence recently released a report published in the French and international press stating that Qatar was funding armed groups, and that Qatari special forces were supporting some of the insurgent factions in northern Mali, including Ansar Dine. This damning report raises questions about Qatar’s interests in the Sahel and its ability to act independently of Europe and the United States, as well as against the interests of Algeria, which was considered a regional power there. Nevertheless, if the Qatari military and financial involvement in the Sahel is proven, then it, in conjunction with Qatar’s overt political presence in Libya, is sure to inflame a region that was already far past the boiling point.

The threat of a failed state?

This returns us, once more, to Libya, where the country is being pushed toward an abyss wrought of foreign intervention coupled with a weak central government and a plentiful supply of heavy weapons outside of government control. In addition to this, there is a rise in regional separatist sentiments and a central leadership that evinces a total absence of political competence in the face of Libya’s woes.
While the deteriorating security situation in Libya constitutes a source of worry for neighboring states and other powers, Libya alone is capable of exhibiting the sort of strategic fortitude that can solve the problems of fragmentation, lawlessness, arms trafficking, and the rising influence of al-Qaeda in the region. This painful procession of the blind, marching toward the precipice of disaster, must be stopped in its tracks.
Libya’s neighbors do not seek to be satisfied with the repercussions of such an eventuality. If Libya fails to achieve significant economic development and assert the government’s control over all of the country’s geographic territory in the immediate future, then it is all but assured that it will join the ranks of the world’s failed states and the entire Sahel region will turn into an African Afghanistan for decades to come. In tumultuous storms of instability that are gathering in the region, the states of the northern Mediterranean will surely pay a heavy price. The fate of the Sahel region is inextricably bound up with the fate of Libya. 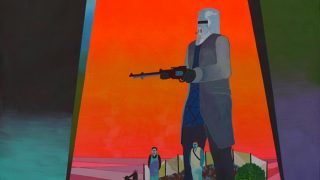 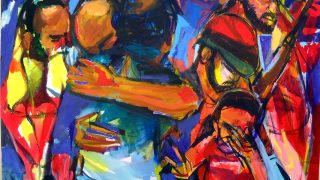