One of the founding myths on which the Kuwaiti royal family bases its historical legitimacy is the agreement between the Al Sabah family and the ‘people of Kuwait’ which enabled Sabah Bin Jaber (‘Sabah the First’) to become the first ruler of the country in 1752. The historical authenticity of the
2015-01-20 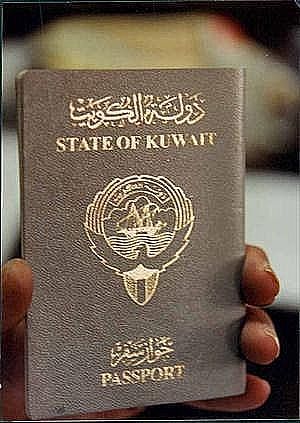 One of the founding myths on which the Kuwaiti royal family bases its historical legitimacy is the agreement between the Al Sabah family and the ‘people of Kuwait’ which enabled Sabah Bin Jaber (‘Sabah the First’) to become the first ruler of the country in 1752.

The historical authenticity of the agreement-whether it ever actually took place—is almost a sidenote; the legendary agreement is the ‘historical basis’ for the close relationship between the Al Sabah family and the country’s traders and notables.

Since then, political and social developments have stretched the founding legend to include all of the citizens of Kuwait, and not merely its notables. It is this understanding of the relationship between the Sabah family, the country’s traders and notables, and the country’s ordinary citizens, that distinguishes Kuwait from the other countries of the Arab gulf.

Unlike the ruling families of Saudi Arabia and Bahrain, the Al Sabah family is not obliged to proudly brag about seizing power at the point of a sword, through war and conquest. And unlike the ruling families of the Emirates of the Omani Coast [the UAE], the legitimacy of the Al Sabah family does not rely on a history of treaties with the British crown following the Maritime Treaty of 1820.

The fact that the “Agreement Myth” has been absorbed as a historical reality is the key to understanding why Kuwait’s political and social development has taken a different path than the other Gulf monarchies.

The year 1938 saw simultaneous political ferment in Dubai, Bahrain and Kuwait. That year was a fulcrum for the national struggle that would take place in these countries and the rest of the Gulf in the three decades that followed.

Although the details differed, in each country these movements would be led by members of the traders and notables, demanding that they be allowed to become partners in state decision making, that their allegiance to the royal family would be given in exchange for a degree of ‘shura’ [consultation]. If the starting point was similar though, the outcome of each country’s ‘political unrest’ differed.

The leadership of these movements were repressed in Dubai and Bahrain, while Kuwait followed a path of political and administrative reform, the most important of which was the election of the region’s first legislative body in 1938. Kuwait’s separate path also meant that it declared its independence a decade before the other Gulf sheikhdoms.

Two years after independence, Kuwait proclaimed the first constitution in the Arab Gulf, and the first experience of a parliament began.

Since then, positive signposts have continued; the vitality of civil society and the effectiveness of the political opposition, in addition to the traditional voluntary associations, have prevented the various attempts by the regime since the oil boom of the 1970s to change the constitution or transform it into an empty-shell document.

Although Parliament has been shut down twice, from 1976 to 1980 and again from 1986 to 1992, and in spite of the passage of numerous laws and decrees limiting political freedom, the horizon of political development in Kuwait has remained much more modern than the other countries of the region, unmarred by their bloodbaths, detention centers and deportations.

The due process AD HOC laws including the nationality law provide the ruling family of Kuwait with “legal” tools to be in control of the society and reshaping it. For example the country’s 1959 citizenship law was drafted to reflect the ‘Founding Agreement’ myth in a way convenient to the royal family; it determines in its first article that the only ‘native’ Kuwaitis were those living in Kuwait before 1920. These Kuwaitis and their descendents are referred to as the ‘established/original Kuwaitis.’ After them come various categories of ‘naturalized’ Kuwaitis.

The privileges that only a native Kuwaiti can enjoy have since been defined by law and custom. For example native Kuwaitis can run for elective office or occupy posts in government ministries, while a naturalized Kuwaiti may not even vote in elections until he has been a citizen for twenty years.

Thus a hierarchy of citizenship allows the Kuwaiti royal family to discriminate between its citizens, shape society as it wills, and with the help of the constitution and due process AD HOC laws maintain its control of the system. Executive branch agencies with the power to determine who can be legally naturalized increase the potency of these tools of the ruling family’s control.

It is through law and custom that [the ruling family]has kept a large portion of Kuwaitis – referred to as the ‘Bidun’ under its complete control, by maintaining them simultaneously inside and outside the political sphere in Kuwait. [Tens or hundreds of thousands of mostly Shi’ite ‘Bidun’ were members of tribes not recognized as Kuwaiti when the state was formed.]

The Biduns are the victims of official discrimination and deprived of their civil rights, and yet the Kuwaiti authorities have permitted some ‘categories’ of Biduns to enlist in the armed forces and the security services without asking them to demonstrate their legal residency status or show work permits.

But even enlisted in the security services, the Bidun are not allowed to become citizens. The grim irony of the Bidun plight was underlined recently when a series of articles published in the press recently applauded a group of Bidun for being awarded citizenship as a reward for services as bodyguards to the emir back in 1985, when his convoy came under attack. Their naturalization was awarded “in recognition for their sacrifice and their loyalty towards the nation, and in particular toward the symbol of its honor and dignity.” [that is, to the Emir].

Thirty years had to pass after they ‘sacrificed’ themselves defending the head of state before the children of these Bidun soldiers were recognized by the state.

On the other hand, Kuwait has not-except for a few isolated cases-seen the kind of mass deprivation of citizenship that have been meted out to people in Qatar and Bahrain. Even the quisling Alaa Hussein, the former Kuwaiti army officer appointed by Saddam Hussein to rule Kuwait during the 1990 Iraqi occupation, was never deprived of his citizenship.

But there are ominous indications on the horizon. In defiance of the founding myths of the Kuwaiti nation, there are indications that the Al Sabah family, like its kin in other Gulf countries, does not really consider citizenship a right so much as something the ruling family owns, to be dispensed to its subjects at will.

As recently as July 24 of this year, the news spread that Kuwaiti authorities were going to demand that the more than 430,000 people in the country who hold dual Saudi-Kuwaiti citizenship choose one or the other.