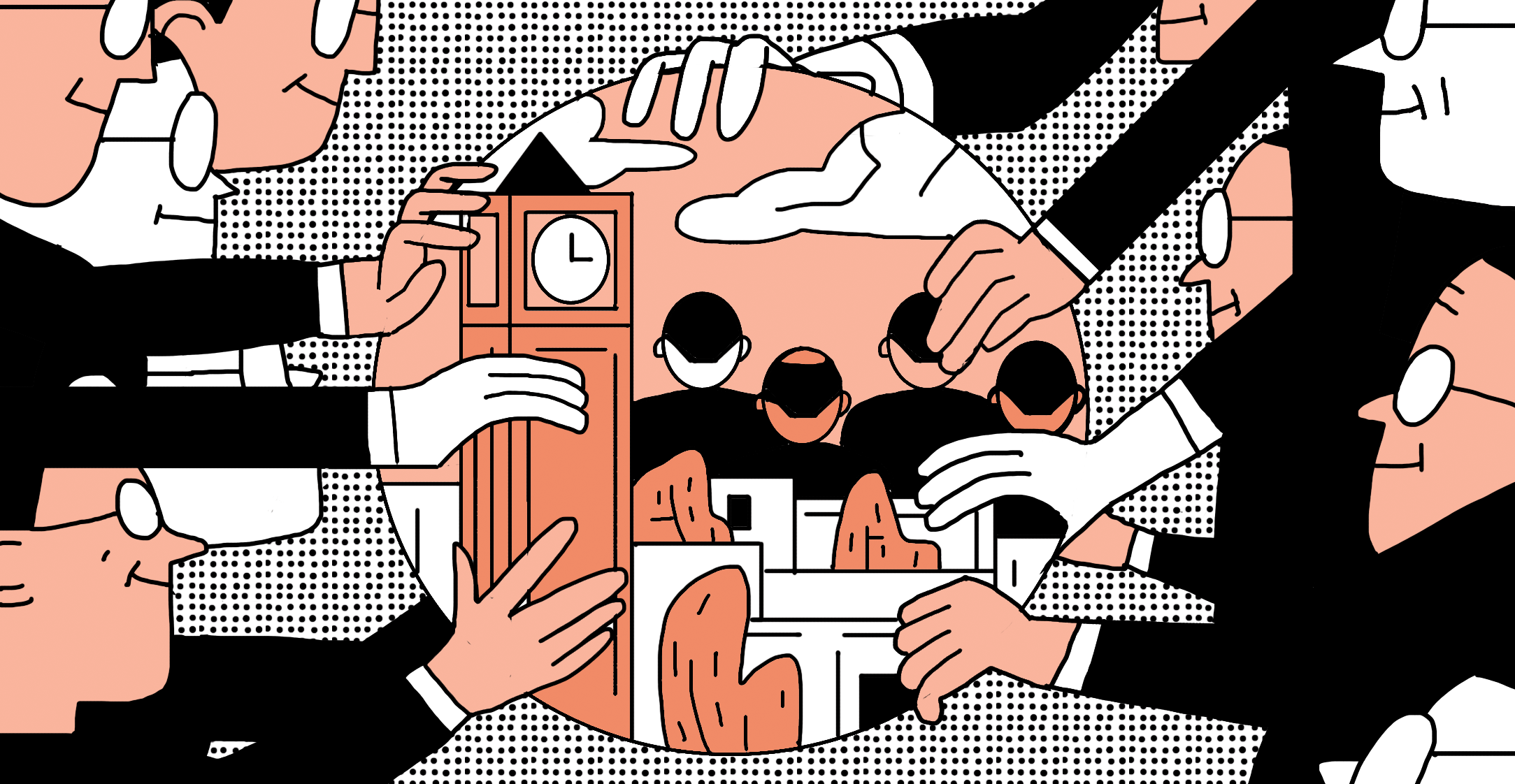 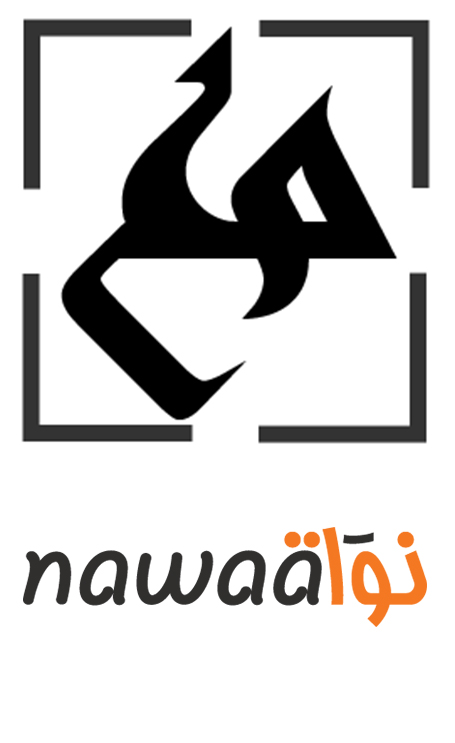 In November 2016, Tunis hosted an international conference, Tunisia 2020. Co-organised by the Tunisian, French and Qatari governments, its ambition was to garner from the “friendly countries” in attendance investment pledges for projects contributing to growth and job creation as well as significant financial support. The problem is that the promised financial support appears never to have been forthcoming, and the Tunisian government has been obliged to go into debt on the financial markets. This situation has prompted several observers to wonder publicly: “Where are Tunisia’s friends?”

For indeed, that expression “the friends of Tunisia” is often to be heard from the country’s leaders. Ever since 2011 these “friendly countries”, investors in the country and often enough its creditors, are awaited with bated breath by a government which never tires of repeating the necessity to come to the aid of the region’s “democratic exception” in the throes of an unprecedented economic crisis. However, beneath the veneer of diplomatic language, relations of power and dependency are at work, more or less openly. The external public debt, which rose to 48% of the GDP at the end of 2017, is at the core of these relations. It ties Tunisia to other States, to transnational banks and also of course to bodies like the International Monetary Fund and the World Bank. The latter entities are often suspected of meddling in the affairs of States or even of neocolonialism on account of the conditionalities attached to their low-interest loans.

The history of Tunisia’s external public debt, like that of Egypt and other countries of the region, has been a stormy one, for it is what first opened the door to European colonisation in the second half of the XIXth Century. Anecdotally, the documents establishing the French protectorate over Tunisia – the Bardo Treaty of 1881 and the Marsa Convention of 1883 – both speak on their very first page of the “friendship” between the Tunis regency and the French Republic. Today, when both Tunisians and Egyptians are bearing the full brunt of the austerity programs imposed by those international bodies to which their governments are indebted, the issue of the link between debt and colonialism looms larger every days. Indeed, these organisations never cease to urge the authorities of both countries to “step up the pace of their economic reforms” – the nature of which need hardly be specified – as a necessary condition for the disbursement of the successive instalments of loans which have become absolutely indispensable for the governments involved. But how did this situation come about?

In the Ben Ali years, the public debt represented only 40% of the GDP. The sound management of the Tunisian economy, underlying the much-vaunted “Tunisian economic miracle”, dear to the hearts of the “friends of Tunisia”, was an argument that carried weight when it came to justifying the dictatorship that ruled the country since November 1987. But the uprising of the Winter of 2010 stripped away the illusion masking the “Tunisian miracle”. The disparities between regions, the mass unemployment affecting in particular university graduates, blew up in the faces of all the advocates of the status quo. After Ben Ali fled to Saudi Arabia on 14 January 2011, the street protests continued, demanding the departure of the VIPs of the old regime. “Those who took power after Ben Ali, whether they came from the old regime or the opposition, worked overtime to put a damper on the revolutionary momentum which was bringing crowds into the streets all over the country.” the political analyst Hamza Meddeb explains. “In the neglected regions they began hiring people and budgeting infrastructure projects to buy social peace. The idea was to displace the energy of the streets to the bargaining table”. Lavish subsidies were handed out, civil service jobs, often precarious, were created out of whole cloth – some 155 000 between 2010 and 2014 according the National Statistics Institute – all of which put a great strain on the State budget and the deficit crept up from 1% in 2010 to 3.3% in 2011, then to 5.3% in 2012. Moreover, the 2011 uprising brought tax-collection to a standstill for a while, “during the first few months of 2011, the tax-collectors didn’t return to work and the net tax balance was negative with respect to the year before”, a Finance Ministry official explains. The foreseeable consequence of all this was the increasing resort to bilateral and multilateral loans and of course the issuing of treasury bills.

However, if we take a closer look at the figures, we note that it is mainly starting in 2013, when Tunisia officially sought the assistance of the IMF for a loan of 1.7 billion dollars, that the figures began to swell in earnest. Politically, the date is significant: “We turned to the IMF very early in the game. From that point of view, the troika in power at the time, with Ennahdha at its head, acted no differently from the other leading parties”, Hamza Meddeb reminds us. Since that time, the public debt has risen by an average of 16.84% per annum. For December 2017, Finance Ministry figures show that the outstanding debt stock amounted to 68073.7 million dinars. 69% of this sum was owed to external entities, half of which was due to multilateral bodies (IMF, WB, African Development Bank, European Union, etc.), 36% to foreign governments and 14% to the financial markets.

According to Chafik Ben Rouine, chairman of the Tunisian Observatory of Economy (TOE) “these sums are used to finance the national budget, either the service of the debt or infrastructure projects such as highways or power plants, as well as the country’s trade deficit”. The TOE is one of the few Tunisian NGOs to monitor public indebtedness closely and to criticize the structural adjustment plan attached to the IMF loan to the Tunisian government. Last January, Jihen Chandoul, vice-chairperson of the Observatory, published an article in the opinion column of the Guardian (LIEN A CREER) accusing the Fund of being responsible for the runaway inflation that has afflicted Tunisia over the past few years. The price-rises that followed the passing of the 2018 Finance Act had prompted street demonstrations which resulted in the death of one protestor, crushed by a police-van.

The IMF went to the trouble of answering this opinion piece in a press release (LIEN A CREER), which just goes to show that if a Tunisian wants to catch the ear of an international body, it is essential to speak from a power-centre like London, Paris or Washington.

But it would be a mistake to place all the blame on the IMF, as is often the case. Actually the IMF, as Ben Rouine explains “is just a tool that anybody can use: national governments, of course, the European Union, but also the big transnational banks. With the support of the IMF, laws can be passed which otherwise would not get through parliament.” And there is the heart of the matter, the link between indebtedness and loss of sovereignty. While in the past, State indebtedness resulted in a protectorate of a colonial type, in other words the guardianship of one country over another, today “multilateralism clouds the issue. This ‘de-territorialisation’ takes the edge off accusations of colonialism or neo-colonialism,” Ben Rouine explains and gives an illustration: “The EU, for example, has been negotiating for years a free trade agreement with Tunisia. Three aspects are unfavourable to the Europeans because the reference body, the World Trade Organisation, has never ruled on them: investment, public procurement contracts and competition. So that Tunisia can resist EU demands in these matters”. However, it has been pointed out that “thanks to conditionalities imposed by the World Bank, the legal texts dealing with these three issues have already been modified in a way that is favourable to European interests.”.

For the chairman of the TOE, “Tunisia’s providers of funds have formed a cartel which first saw the light of day in Deauville.” Deauville was where the G8 summit was held in May 2011, a summit meant as a response “to the challenges posed by the Arab Spring”, when the region was still in turmoil. The G8 countries and the EU promised their support for countries in transition to democracy, especially Egypt and Tunisia, represented at the summit by their then leaders, Marshall Tahtawi for Egypt and the Tunisian Premier, now President of the Republic, Beji Caid Essebsi. The support was to take the form of loan facilitations. But in the opinion of the TOE the “Deauville Partnership” was mainly an opportunity for fund-providers to standardise the conditionalities attached to their loans to the countries on the south shore of the Mediterranean. In short, Deauville was a way of enabling “the friends of Tunisia” to speak with one voice when it came to administering the bitter pills of economic reform. The recent visit paid by no less than nine representatives of the fund providers to head of government Youssef Chahed, on bad terms with the President of the Republic, shows how closely the lenders collaborate.

Is the situation like the one described in Paolo Sorrentino’s movie, l’Amico di famiglia where a shady old money-lender humiliates his debtors and interferes in their private lives? Is Tunisia a victimised country, obliged to pass its creditors off as “friends of the family” in order not to lose face? This would be a serious miscasting of roles. In fact, Tunisian politicians have a key responsibility in this issue of debt-determined interference. The relations of certain Gulf countries with the Tunisian political scene provide one of the clearest examples. For while the flow of bank-lending from the Gulf countries is quantitatively negligible, it is deeply political. Qatar, allied as it is with all the Islamists of the Arab world, lent 500 million dollars to Tunisia when the Islamist-led Troika was in power, while “the Emirati boycotted Tunisia and Nidaa Tounes” when it announced it was entering a governmental coalition with Ennahdha,” the political analyst Youssef Cherif explains. Moreover, the repayment of the Qatari debt has recently been adjourned. “Qatar will play ball as long as Ennahdha occupies a place of power,” Cherif adds. As to the debts contracted with the West, the picture is not so clear, though it is just as real and very ancient. “Indebtedness has been at the core of the Tunisian political economy for a century and a half. It has been a way for the local elites to get rich. Today they control the political economy of the country’ s dependence, juggling with the two new windfalls, ‘democratic’ and ‘geo-political’ [illegal migration], but also through a rhetoric of rapprochement with the West which involves showcasing ‘Tunisian exceptionalism’ compared with the rest of the Arab world” as Hamza Meddeb puts it.

This crafty management of dependence has had the de facto consequence of making Tunisia ideally suited to foreign interference of every kind and has above all marginalised what should be at heart of the Tunisian political agenda: the improvement of the government’s capacity to enlist resources on a country-wide scale through tax reform and a better management of tax-collection (1400 agents to handle 600 000 dossiers!), not to speak of the need to conceive a long-term economic strategy for a country which has been playing it by ear for the past 7 years. 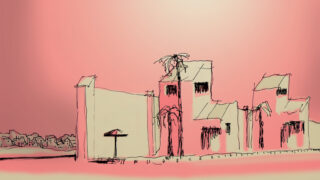 There has been a new phenomenon of sprouting slum-like residential areas for low-income migrants. These grow in the heart of regulated neighbourhoods which are primarily inhabited by the middle class.... 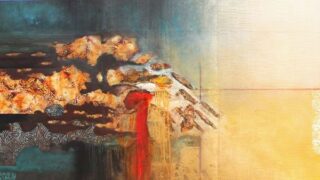 Power and Natural Resources in Tunisia: On Corruption and Nepotism

Natural Resources in Tunisia Between Scarcity, Abundance, and Waste

The main problem lies in the political and economic-developmental choices of the country’s rulers. The dominant elites do not seem to have a clear and practical vision for prospective solutions....