How do you avoid plagues of burrowing parasitic mites in an overcrowded prison cell? How do you avoid catching them while you sleep, in the most contaminated wards of Egypt prisons: the “political prisoners” blocks? How do you deal with the itching and with the shame of the itching? With songs, with a mixture of
2016-04-05 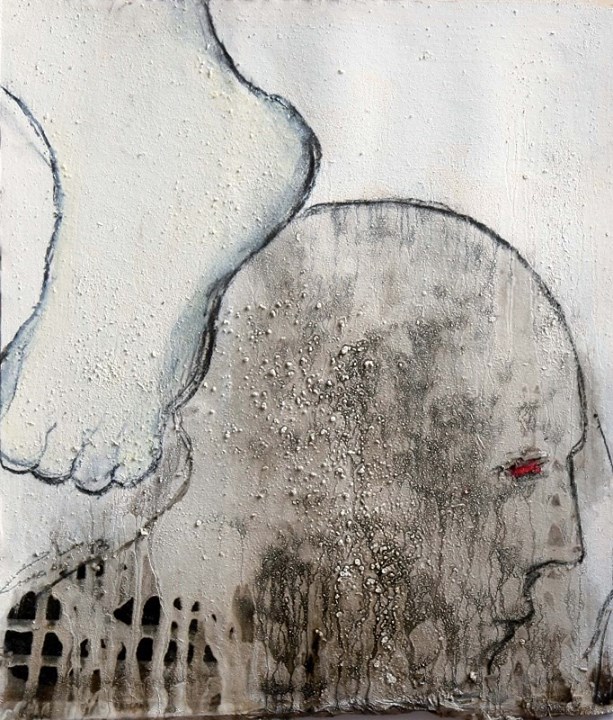 Mahi Binebine - Morocco
How do you avoid plagues of burrowing parasitic mites in an overcrowded prison cell? How do you avoid catching them while you sleep, in the most contaminated wards of Egypt prisons: the “political prisoners” blocks? How do you deal with the itching and with the shame of the itching? With songs, with a mixture of euphemism and bluntness, and with endless endurance, writes poet and novelist Omar Hazek, who walked out of prison in Alexandria recently.

I was on my way back to prison again, returning from another failed appeal before a judge. My hand and that of another prisoner, Islam Hasanein, sharing a shackle. Seated together in the back of an entirely filthy and extremely overcrowded truck. It was 2014, and to our good fortune we were now in October, the hell of the summer heat past us, that summertime temperature which colludes with the packed prison conditions to annihilate the skin. The fleet of prison trucks was vast and none would move without all the others, so that our escort force would not have to divide up. For us, that meant that every one of us had to wait inside the trucks until all the detainees had been through their session in the courtroom.

Returning to prison is always painful. In the convoys of political prisoners, when detainees begin to chant slogans in support of [deposed President]Mohamed Morsi, the driver retaliates. As the truck reaches the coastal highway, he accelerates crazily, then abruptly stomps on the brakes so that we all slam into each other, falling, heads concussing. He repeats the combination- accelerate, stomp the brakes, all the way back, so that when I return to my cell, I feel I have crawled out of a huge blender. It is a rare driver who misses a chance to punish us for those hateful slogans, which in any case only the desert and its sparse bushes can hear.

On this particular trip, as soon as the overstuffed truck got underway, one of the detainees started singing in a fast tempo, the chant of the bug infested prisoners: “Scratch, scratch, try just once to quit!” In unison all his comrades replied, “Oh, I can’t, Oh, I can’t” Down the road we went, as they invented new verses on the same theme. That’s Alexandrians for you!

I had been at the limits of exhaustion, preparing myself to go back into the blender once again. And yet I found myself laughing, touched gently by the poetry, and so the nightmare journey passed.

‘The scratch’ and ‘the allergy’ are the two nice ways the prisoners refer to one hard thing: scabies. You will never hear the word ‘scabies’ from the mouth of a prisoner, even as they trade the lotions and balms and treatments among one another, and on paper the treatment prescriptions all write the word explicitly: ‘scabies.’ Not ‘allergies’ or other euphemisms.

“Watch out for that guy.”

“No, man, I’ve just been working on my novel here.” ‘The room,’ what a nice way to call the cell here.

“Oh yeah, that guy showed me his back. Those are some scabies, Omar!”

I preferred to keep my mind on the novel. The zone of scratching was clearly getting bigger over there, and closing in on me.

A few days later, before dawn, I heard the guys next to me whispering among themselves about the big question. Which of our colleagues had actually brought the ‘Yalla’ into the cell anyway?

At this point, I had started to pick up some of the prison skills that prisoners soak up without even being aware of it. In there, you pay attention for every little signal, every little movement, every little faraway sound; locked up and isolated for so long, you learn to expect every new disaster, particularly over the past year: a search, a beating. The whisperers made nastily clear that they wanted me to hear the conversation. So I approached them directly: who was the accursed colleague?

The word “the Yalla” is another nice prison circumlocution, a way to avoid uttering an obscenity or directly mentioning something unpleasant; it is up to you to figure out exactly what it’s referring to. The yalla of course comes from the Egyptian dialect expression “Yalla Bina” [Let’s get a move on],” leaving out the ‘Bina’ and adding a definite article to the front.

I had a sudden revelation: the “yalla” they are talking about here is the scabies. I realized that they had noticed the guy who had been secretly scratching himself, trying to sneak into the bathroom with the treatment without being noticed by any of the many many many pairs of eyes crammed into the cell. They had noticed how he had repeatedly asked permission from the guards to go into the bathroom, claiming ‘illness,’ even though he never stayed more than a minute inside.

Scabies usually starts with a very powerful itch between the legs, or behind some other joint, and then spreads to the entire body. The guy was “sick of” the itching, but unable to scratch it in front of us. It was at this point that I noticed that the guy had stood up once again, asked once again to go to the bathroom out of turn, and was now standing before the door, calling out to the inmate inside, jiggling his legs nervously. This man was clearly being tortured by the itch. And it was then that the terror of the scabies took hold of me. I sent an urgent message to my family, asking them for various medications to treat or prevent the bug. Which they did. This was in the spring of 2014, before the rules about getting medications in to prisoners were tightened.

Scabies is extremely contagious. Its main cause seems to be the absence of exposure to sunlight, poor ventilation, and the packed living conditions. It takes only a few who neglect their hygiene to bring it in and contaminate everyone. It can take the form of either disparate bumps or big red rashes of varying size and intensity. If it takes hold, it easily becomes an epidemic from which no one is immune.

In the summer of 2015, in spite of the prohibition on medications, the situation nevertheless improved. By that point we had developed an extreme expertise on scabies control, constantly washing our bodies with a medicinal soap infused with sulfur, which was far easier to obtain inside the prison than medication. At the same time, we had become less inhibited about warning any of our fellow inmates whom we noticed starting the scratch, immediately, if discretely, offering him treatment advice.

But back in mid may of 2014, I was transferred to a new cell, where all of the political prisoners were being decimated by scabies. We heard during the visits of our relatives that scabies was spreading through all the prisons of the country. The cycle of infection started closing in on me, and I bunkered myself in a shell of medication and sulfurous soap. The first night in the new cell went well enough. The following night, the man next to me traded spots with somebody else; I went to sleep unusually early that night. I awoke to something rasping up and down my arm like a saw. My new neighbor. His hand buried inside his clothes, scratching with incredible force between his legs, in spite of the fact that he was fast asleep. My god, what a way to wake up! I understood now the surreptitious trade of places. My previous neighbor had been traded to me to get rid of this guy who was a scabies breeding ground.

The situation for me had become nightmarish. My personality in here had begun to shift, and the changes became more severe as the days passed. I had become less shy, more audacious in confronting people. I told my new neighbor I had seen what he was doing in the night. I talked to my other neighbors, and we organized his return to his previous “number” (the space on the floor for each inmate to spread his blanket). I needed to shatter my timidity, so that I would not be lost in here. I permitted myself to humiliate other prisoners, demand that they take care of their bodies. Most of the political prisoners were dirt poor. They had been arrested in the mass roundups of the Muslim Brothers, generally from working class neighborhoods or rural areas. They did not have the means to look after their health, and for that reason wave after wave of the scabies burrowed into all our bodies.

*Translated from Arabic by International Boulevard 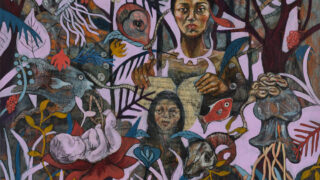 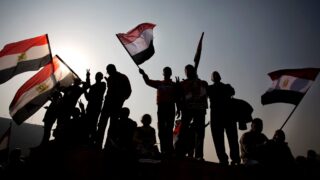