Basra: the Song of the Marooned Fisherman

Though he had to abandon the sternpost of his boat many years ago, the taste of salt and the spray of the waves has refused to leave his lips. Mustafa, or Abu Sejad, as he likes to call himself, long ago resigned himself to impersonating a land-dweller. But the longing to go back to reading the pages of the sea has never left him. Out there, the horizon lay open, and making
2015-09-30 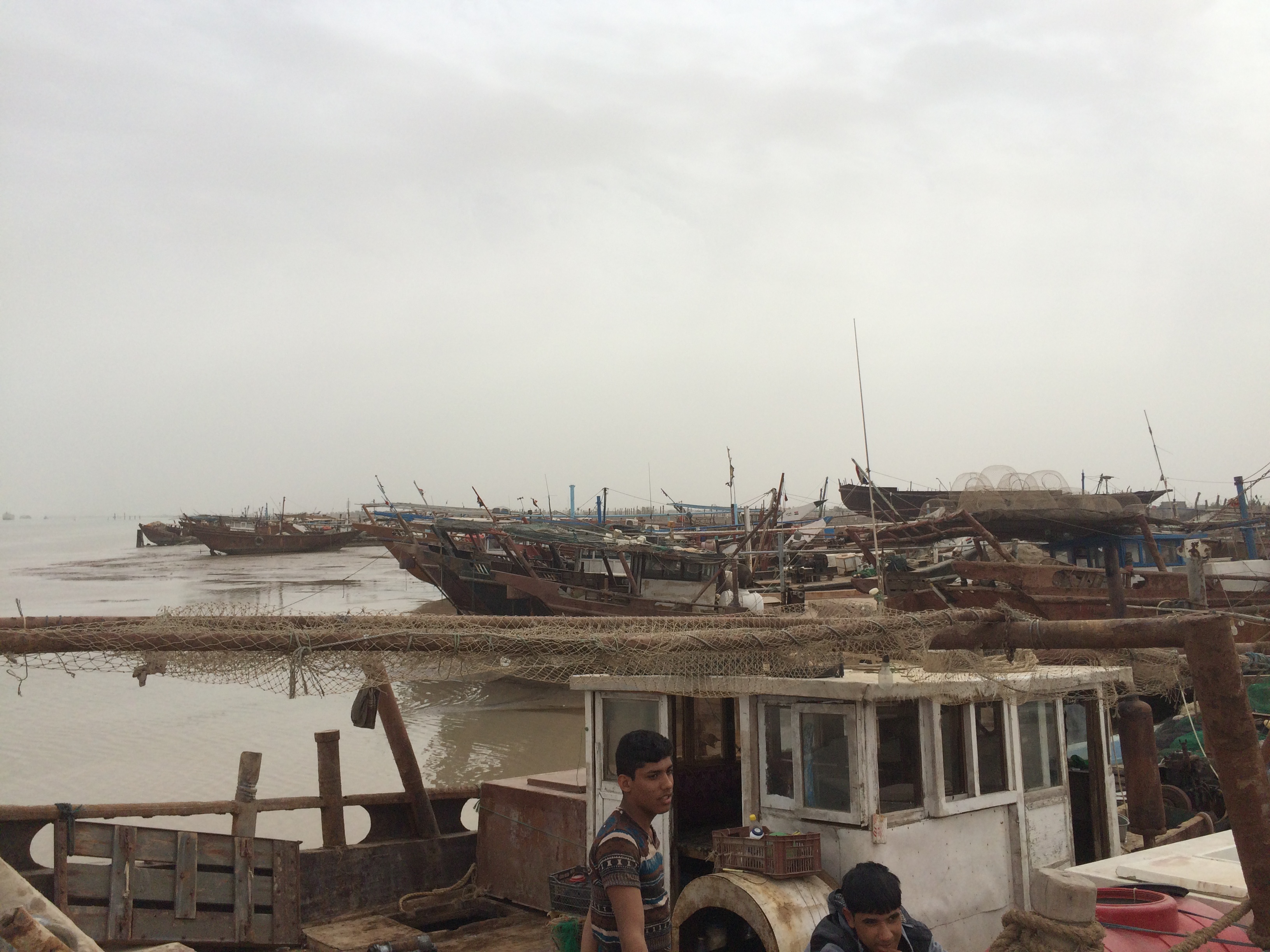 Photo shot by the writer (Basra-Iraq)

Though he had to abandon the sternpost of his boat many years ago, the taste of salt and the spray of the waves has refused to leave his lips.

Mustafa, or Abu Sejad, as he likes to call himself, long ago resigned himself to impersonating a land-dweller. But the longing to go back to reading the pages of the sea has never left him.

Out there, the horizon lay open, and making a living was movement and travel. Now the horizon is smaller, narrowed to fit inside the glass of a taxi’s windshield, to fit a life spent seated in front of customers who pass through his life in brief exchanges, or lost in their own sorrows.

Abu Sejad traded in his lanka for a Saipa, a sailboat for a taxicab. A taxicab made in Iran, like all the taxicabs in Basra, because they are the cheapest cars on the market.

Long years ago now, but he still cannot get used to sitting behind the wheel all day, cannot master the art of taxi-fare bargaining with the customers.

If you sit with him, it won’t take you long to come to the revelation that the man in the seat beside you is a foreigner to the familiar spectacle of Basra’s tumult and clamor.

All you need to do is contemplate him, and you hear the song.
His hands are fins of the golden hour. His eyes are an abyss where all the stars come to palpitate.
His face carved by the sun of the Persian Sea from the top of his forehead to the curve of his neck.

It won’t take you long to come to the revelation that the man seated beside you is a Sinbad, brutally seized out of the Thousand and One Nights.

Before taking the rudder of his Saipa, he first hitches his robe above his knees. Then he adjusts the eyeglasses that dangle above his nose. In vain he tries to accommodate himself to the cramped space of the seat. And now he will try endlessly to attune himself to Basra’s indissoluble network of backstreets, pointlessly try to remember the names of all the alleyways and squares.

There is no comparison between life on the land and life out on the sea. The water forces you to lighten your load and leave ashore your worries; the sea takes you over and carries you away. On land, gravity puts a weight on your back, bolts your feet to the ground, weighs down both you and your tranquility. While if you surrender yourself to the waves, the sea always brings you back to the shores of safety.

Mustafa was a child not yet in his teen years when his dreams of the sea carried him away. On festive nights in his parents’ house, he would sneak out of his bed to stand quietly behind the door to the living room and hear snatches of the tales told by fishermen. Tales of the ghazl, the giant net they drop down to the bottom of the sea, and which never comes back to the surface, but it is loaded with fish, oysters, and pearls. When tales turned to legendary battles with sharks that would chase fishermen’s boats all the way to the shore, Mustafa would run to his mother’s lap, trying to pick up the smashed fragments of his fisherman dreams.

And then the day came when his father bundled him onto a lanka, his first trip out as a fisherman. The day his father told him: to be a fisherman you need three things. You give your love to your boat and your gear. You know by its name each of the fish in the sea. And you have your song ready for your boat: your song is who you are, it is the key that opens the door into the world of the fisherman and the key that lets the sea welcome you into its world.

And after that day, Mustafa wove a sturdy friendship with his nets and his gear, a friendship that he would carry with him through the sleek days of bountiful catches, and the hard days of meager catches, would carry with him all the way back to the messafin, the docks. Those docks from which he loved to sail off toward his cherished livelihood while he sang:

“Oh watch out, watch out for days and age are treacherous, Oh sea I am wounded and my wound is killing me”

His lanka, waddling lazily along the threshold to the open sea of the Gulf, became his realm. It brought to him the secret of reading the stars and reading the shape of the wind and it told him where to find the fish in their abundance. He became a nukhda, a captain. He would leave in the night, only returning in the morning to the gathering place of the fishermen at the end of the cliff at Shatt al-Faw to sell them all, thezabidi, , the shank, the sabour, the bent al nukhda, the thuwibi, the mazlak, the taatou‘, the lissan al thour, the macht al qawiya, the robyan.

From those days of fishing, his most sparkling memories are from days of departure for long trips, and the ceremony that accompanied departure: the goodbyes, the sound of the drums, the singing of the women, the tears of the children saying goodbye, the bustle of the fishermen loading their provisions of dates and onions and tomatoes. And at last the moment when they sailed away.

Riding on the currents of the water would come to meet them the boats of other fishermen, returning, offering a bit of the fresh catch of the day, a token to augur a fortunate trip, the fish in profusion and the abundance of the sea everywhere for all to share.

And now when the end finally comes to a day of boredom aboard a deaf iron machine, Abu Sejad moves his exhausted body to rest. He seats himself silently in a chair on the seaside of the Shatt al-Arab. And there, he fretfully nibbles on seeds, a little mouse in a hurry. Until at last he slackens and surrenders to the spectacle of the vast red disc departing for other horizons. He follows the reflections of its light on the water. This is where four giant rivers meet. The Tigris, the Euphrates, the Karun, and the Karkheh, after their long and enthralling dance through kingdoms and civilizations, so many legends, so many dreams, so many poems.

He grips his cigarette between his index and middle finger, expires the smoke in a sigh of pain: we were fishermen, we were kings on the thrones of these waves; wars and hatreds turned us into prey. Or into bait for the military boats and the coast guard patrols attacking us from the north and the south. As if it weren’t enough to have the salinity and the drought devastating our marshes.

Al-Faw was the respiration of this country. Al-Faw was Iraq’s fertile treasure, it was its gates wide open to the world and to the peoples of the world. Today it is Iraq’s pierced flank. Sennacherib named it Bab al-Salama, The Gate of Sanctuary, and then the Arabs came after and renamed it Ma’ al-Sabr-The Waters of Enduring, and the story of el-Faw summarizes this whole country’s history. 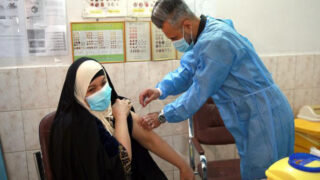