Among the many indicators of Palestinian development, the disparity in living conditions between Palestinian families, particularly housing, is the greatest gauge. Palestinian enclaves are subject to different rules that affect housing projects: Palestinians in Israel are crowded into family houses within the tight confines of their villages. The nearly 1.8 million Palestinians in the Gaza
2016-03-13 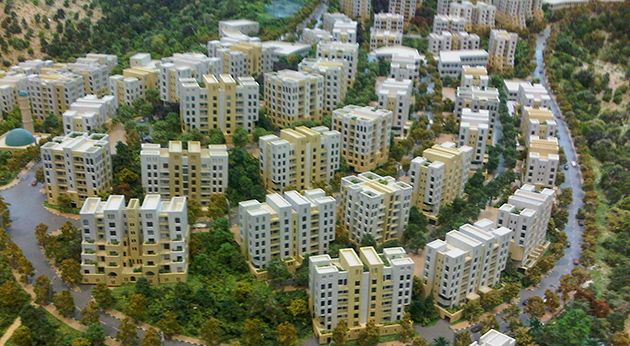 Among the many indicators of Palestinian development, the disparity in living conditions between Palestinian families, particularly housing, is the greatest gauge. Palestinian enclaves are subject to different rules that affect housing projects: Palestinians in Israel are crowded into family houses within the tight confines of their villages. The nearly 1.8 million Palestinians in the Gaza Strip are forced to build residential high rises near congested refugee camps. In occupied Jerusalem, strict Israeli restrictions on construction [for Arab residents] leads some Palestinians to migrate towards the Jerusalem-Ramallah suburbs, where neither Israeli nor Palestinian laws regulate the haphazard construction of residential buildings.
In the cities and villages of the West Bank’s areas A and B, Palestinian law eases housing construction (areas A and B make up 40 percent of the West Bank, where about 2.8 million people reside, or 90 percent of the Palestinian population). These areas feature a peculiar mix of older Palestinian architecture dating back to Jordanian rule and relatively newer residential buildings. Villas and mansions owned by expatriates are also sprouting up; they remain boarded up most of the year. In the poor suburbs and refugee camps, construction is usually limited to a family’s necessity for an extra room or floor. As for the Jordan Valley areas and the South of Hebron, which fall in area C under the jurisdiction of the Israeli occupying forces, temporary structures made of cement, zinc sheets, and tents shelter over 100,000 Palestinians.

City on a Hill

The latest housing trend is major residential developments that began appearing north of the Ramallah district, where enough of the land is under areas A or B to enable building without direct Israeli intervention. Among the development plans are the Rayhan Suburb, constructed by the PLO’s Palestine Investment Fund; the Diplomatic Neighborhood dedicated to public service employees; and others with comforting names like Reef (Countryside) and Al-Ghadeer (Brook). The plan is to draw in the middle class and the burgeoning capitalist class to these planned and gated communities. Here apartments and houses are advertised at prices ranging from $70,000-$300,000. The most ambitious and ostentatious of these projects is Rawabi, which is being established through a Qatari-Palestinian investment partnership (75 percent from the former). Originally estimated at $700 million, the cost has increased to over one billion US dollars, according to the latest official statements. Reportedly, more than 5,000 apartments will be built in 23 neighborhoods by the Bayti Company, headed by Palestinian businessman Bashar al-Masri. The Palestinian Authority (PA) has also deemed it a national development project deserving of the authority’s funding.

Too Big to Fail

For weeks, as the plans were underway, the city of Rawabi became a controversial topic of debate. It embraces a lifestyle that is unfamiliar to Palestinian society as well as technical and commercial cooperation with Israeli companies. All traffic signs, for instance, on the roads that lead to Rawabi were installed by the Israeli civil administration. In addition, critics have noted that the city’s residential architecture resembles that of Israeli settlements. Moreover, researchers characterize the city’s land purchases as unjust, stripping small farmers and landowners of their rights and livelihoods. Before the project was announced, landowners sold their property for 1,000-3,000 Jordanian dinars. This same land was then resold at five times that price or more to the Bayti construction company. The PA stepped in quickly thereafter to take ownership over the remaining lands by annexing territory from three surrounding villages and incorporating them toward Rawabi’s projected area of development. All of these issues, and more, were discussed relentlessly among Palestinians and non-Palestinians.
Rawabi’s own media outlets, however, market it with campaigns that highlight the features of this planned city—green energy; smart technology; 5,000 new job opportunities; shops, schools, gardens, places of worship, and industrial zones. And with slogans, such as “Best apartment in the best neighborhood with the best views.” They even hired Iraqi singer Ilham al-Madfai to compose a commercial jingle, “Rawabi, I yearn for my homeland.”
Rawabi’s marketing sometimes portrayed the city’s construction as a patriotic national project that limits Israeli settlements (the settlement of Itrit is located nearby). It depicted Israel’s recent decision to connect the city to the water grid for 18 months to meet the needs of one thousand apartments as a victory in the battle for Palestinian water rights.
Bayti must sell its 5,000 apartments in a market with an unprecedented surplus of comparable residential units totaling around 14,000 residences in the West Bank in 2015. As of 2015, the company no longer discloses the number of apartments it has sold or the demographics of the new residents. (Previously it publicized that they had sold over 600 apartments.) The latest reports confirm that 200 buyers have received their apartments and that three neighborhoods are already occupied. According to some sources, Palestinian citizens of Israel seeking a weekend home purchased a significant number of apartments. Others from the West Bank purchased an apartment in Rawabi as an investment, without moving in. A field visit reveals that public facilities are not yet complete, and few residential buildings are ready. The city resembles a massive dusty workshop more than an urban dwelling.
Bashar Masri himself conceded in several interviews this year that the project is facing financial crisis. He did not detail whether these woes are a matter of financial disputes with the Qatari partners (as is rumored), the chronic construction delay, or the low demand for such housing in an atmosphere characterized by economic stagnation. Several factors contribute to the low demand for apartments in Rawabi—the aforementioned surplus of comparable apartments, the decline in public trust in the project’s timely completion, and the city’s distance from Ramallah. Furthermore, there is a reluctance among Palestinians to become estranged from their cities and villages for the purpose of participating in a social experiment that is fraught with uncertainty.
Despite these complications (which don’t appear to impede Masri’s determination), it seems that investment in Rawabi is not merely financial. There are official Palestinian-Israeli and regional political agreements on the line. Therefore, the city’s expected to be completed no matter the obstacles or delays. Much as the US government intervened to save the banks, it seems this project is too big to fail—even if Rawabi is a ghost city in the interim period.

A Solution to Rawabi’s Problems?

One proposal for the city’s future could save Rawabi from financial crisis, elevate the reputation of the Palestinian leadership, force Israel to succumb to global pressure, and offer a humble contribution towards alleviating the greatest humanitarian disaster of our time. The idea is simple: President Mahmoud Abbas should act on his offer to receive Palestinian refugees fleeing Syria’s demolished camps (without compromising their legal right to return). Diplomatic and political pressure would need to be applied to Israel to assume partial responsibility for the refugee crisis. To speed preparations for welcoming these returnees and offering them asylum, work, and other necessary services, the PLO can purchase what remains of Rawabi’s 5,000 vacant apartments at-cost with the support of donor countries. Home ownership deeds could be transferred to the refugees while the city offers jobs in the industrial zone and the local civil service administration. Such a future for Rawabi, however, does not reflect the contemporary model that Bashar Masri and his partners believe in. But it could certainly transform this project from an opaque file shrouded in criticism to a patriotic, humanitarian, and developmental achievement. This way, Rawabi can truly become “the good news from Palestine.”

(The Article was translated by Palestine Square) 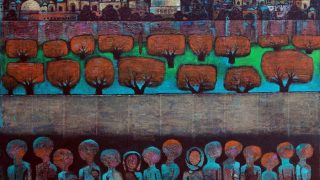 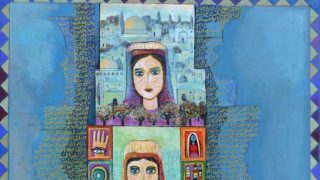 “Divide and conquer” is widely perceived as the supreme trademark for the strategy of European settler-colonialism in Asia, Africa and the Middle East, whose traditional structures of hegemony have degenerated...