Geography of War and Agriculture in Yemen

Why is war a more common occurrence in some parts of Yemen than in others? Why do cities like Aden recover quickly from wars? And why do their youth rush to clean up streets and restore normalcy? Why do wars quickly cease in cities like Taiz and Ibb, but are quick to flare up over and over around Sanaa? It is basically a matter of the economy.  In the tribal
2016-01-07

Director of the Sana'a Center For Strategic Studies 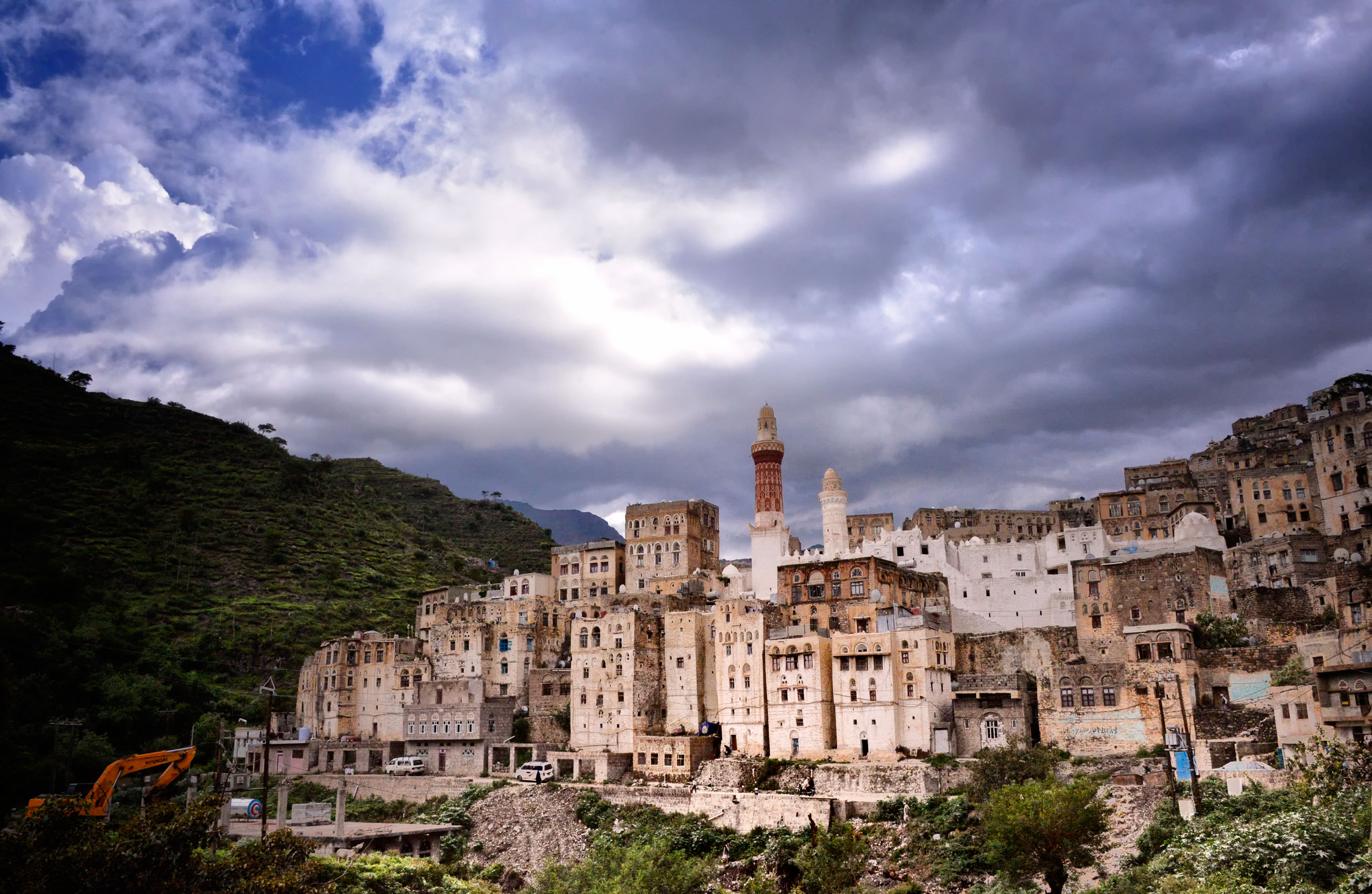 Why is war a more common occurrence in some parts of Yemen than in others? Why do cities like Aden recover quickly from wars? And why do their youth rush to clean up streets and restore normalcy? Why do wars quickly cease in cities like Taiz and Ibb, but are quick to flare up over and over around Sanaa? It is basically a matter of the economy.
In the tribal North, where a war economy prevails, tribes thrive on conflicts. This contrasts sharply with the peasant tribes of central and southern Yemen that rely on an agriculture-based economy. In other words, war in Taiz hampers the agricultural economy and brings the lives of farmers to a grinding halt, while the war’s end in Amran results in unemployment and the demise of what has come to embody ‘normalcy.’
It is too simplistic to explain the existing disparity by comparing higher education levels in southern and central Yemen, with the rising illiteracy in North Yemen, or to argue that the long communist rule represented a boon to South Yemen. Indeed, the wings of that regime also fought horrible bloody wars along tribal and regional lines in January 1986. Notwithstanding, the southern Yafai tribes, whose way of life was similar to that of northern tribes and who had fought wars as far as Hadramawt in the East, clearly re-oriented themselves towards agriculture and industry.

During the Median Epoch (5th century AH), queen Arwa, daughter of Ahmad al-Sulayhi, ruled Yemen for five decades. Coming from the religious Ismaili minority, she was known for her mastery of religious jurisprudence (her fatwas were grounded in four different schools) and political skills. She famously persuaded her husband to move the capital from Sanaa to Jibla (in the Ibb governorate and one of Yemen’s most fertile regions), by telling him: “Here, Jibla the bread, and there, Sanaa the army.” Queen Arwa was conscious of her people’s diversity and plurality, and also of their geography and economy. She noticed that the people of Sanaa, who came to meet her, brought their swords, daggers, and other weapons, whereas the people of Jibla either carried their sickles, or brought their sheep and bowls of butter.
Thus, the North’s propensity for war can be traced back to queen Arwa days, and lived on as the legacy of the successive Zaydi states. It all started with Imam Yahya bin al-Husayn al-Rassi, who came from Hejaz (in 282 AH) and lured the people of Saada into religiously motivated fights against their neighbours, as a prelude to establishing his own state. He had expansionist intensions, and wanted to impose his personal interpretation of Zaydism. Conflict in Yemen is thus a culture that is not moulded by present circumstances, but by a long-standing history of war economy, which was cemented by successive regimes.

The Culture of Fighters

Yemen’s tribal North stretches from Dhamar, south of Sanaa, to Saada, close to the northern border with Saudi Arabia, is characterized by scarce rainfall. Its people are known to be belligerent, and often exact rampant acts of revenge. As a result of the Zaydi state, that extended, albeit intermittently, from the 9th century AC to the mid-20th century, fighting became the only means to make money. Northern tribes were used as reservoirs of fighters, since there was no regular army large enough to meet the Zaydi state’s expansionist drives and continuous wars--whether against enemies or among its leaders who were vying for power. But the situation changed in September 1962, when the revolution led by republican Abdullah as-Sallal overthrew the last Imamate ruler, the newly crowned Imam Muhammad al-Badr.
When the 1962 revolution broke out, throngs of tribesmen from the North joined the fight, some in support, and others against it.  They fought, not as volunteers, but as groups following their tribal sheikhs. A tribal army (militia) was formed to fight alongside the Republic, with a make-up similar to that of the “Barani Army” that the Imam employed to discipline rebellious tribes. The fighters did not follow the orders of professional military commanders, but of tribal sheikhs, who were contracted out to wage wars and liberate specific areas. In return, they received arms and funding from the state and were earmarked a budget of their own.
As a result, the people’s allegiance to tribal sheikhs continued to take precedence, linked as it was to the wheels of the “economy.” The state cemented this practice, which remained unchanged after the revolution, by mobilizing tribesmen in its multiple internal wars, starting with the war between North and South Yemen (1972), the Central Region War (the Front) in the late 70s and early 80s, the 1994 summer war, the six Saada wars against the Houthis (2004-2009), and finally the current war raging in Yemen. Most of today’s Houthi gunmen have imbibed this tribal environment.
A 2007 World Bank reports that headcount poverty in Amran (which was the scene of successive wars) was higher than in the initially non-tribal governorate of al-Hudaydah. The deliberate policy of impoverishing the people, without offering them any prospects for education or decent life, enabled the ruling authority and tribal sheikhs to control the people’s fate, thus continuing to use them to fuel their wars.
Tribes in governorates like al-Bayda and the northern Amran have similar customs and composition. But unlike the North Yemen tribes, the tribes of al-Bayda were not embroiled in fights outside their regions, because al-Bayda was a governorate that received significant numbers of external money transfers. As a result, its economy relied mainly on remittances, not on wars, as was the case in the past.
The institutionalization (and glorification) of war and violence by the ruling authority and local leaders has stigmatised the practice of all trades. It was compounded by the fact that robbery and banditry were not generally frowned upon. This may explain why Jewish minorities ¬¬¬–a lot of whom migrated to Israel during the famous Operation Magic Carpet of 1948–were concentrated in the main villages of the North. There, they were known for their handcraftsmanship, which the tribesmen failed to master, and even shied away from as a social disgrace.
Many tribesmen from the North migrated to central Yemen across centuries, due to these harsh conditions. (To this day, families from Bakil and Hashid, the North’s largest tribes, remain concentrated to date in the central governorate of Ibb.) This migration was never counterbalanced by a reverse exodus from the central parts of the country to North Yemen. But after 1962, a number of teachers started coming from the densely populated areas of central Yemen.
Being a tribesman from the North entailed compliance with another set of conditions, including tribal solidarity (in good and bad times) as well as weapon-buying sprees. Needless to say, these conditions didn’t rely on public employment to be met. For this reason, many tribesmen shied away from education whose only outcome was perceived to be public employment.
During the late 1990s and at the start of the millennium, stability prevailed in Yemen. Some desert tribes, such as Marib tribes, began dealing with a new weapons-free economy. Young men enrolled in universities, many opting for archaeological studies in the hope that it would land them jobs as tourist guides. But wars had left Yemen devoid of archaeological
sites and tourists. Unable to find jobs, tribesmen thus returned to arms.

The Culture of Farmers

Unlike North Yemen, agriculture is common in central and western Yemen. There is higher level of rainfall, a lower number of disputes, and the number of army recruits there is lower than in other parts of the country.
There, people often resolve their disputes (few to begin with) through litigation, rather than revenge. School enrolment is also higher than in the North. Many migrated in search of job opportunities when agriculture failed to meet the needs of a growing population and the decreasing arable land per capita.
In another significant example, agriculture is sacrosanct for farmers, who only take up arms in winter, if need be. For them, war is a problem and an impediment, as their economy is grounded in stability and peace.
In the central and western regions of Yemen, many states came into being during the median history of Islam. Some states were renowned for their development projects, such as the Sulayhi state, or for their educational and religious institutions, such as the Rasouli and Tahiri states. They instilled, in times of stability, the culture of employment, education and production, in sharp contrast to the successive Zaydi states, which dominated the North, culminating in the era of Ali Abdullah Saleh that entrenched the culture of war and fighting.
In 1967, when the inhabitants of Tehama from central Yemen flocked to Sanaa to defend the 1962 Revolution that was bogged down by civil wars, they did so in their individual capacities, not as groups under the command of tribal sheikhs.
And when the war was over in 1968, they returned to their regions to conduct agricultural, commercial or other manual activities. Indeed, the leftist and nationalistic expansion there helped break the hegemony of sheikhs, and curtailed the people’s reliance on sheikhs in favour of state apparatuses. This also encouraged greater enrolment in education and promoted the concept of cooperative work as a partner/alternative to regional development.
In central areas (where trade and craftsmanship were valued and arms-bearers were considered troublemakers), those who joined the fight to defend the Revolution soon abandoned their weapons and joined the cycle of life again. Since their hometowns were not hotbeds, they collectively supported the revolution, unlike the tribes of the North and the
East that were torn apart between the two warring parties.

Yemen’s entanglement in successive wars, since the Houthi takeover of Sanaa in September 2014, has exacerbated fighting catastrophically in the central parts of the country--at the expense of other economic activities. What started as a fight of regional roots took an increasingly sectarian turn against the Zaydis.
In spite of this, the fighting did not spill over into agricultural areas and remains concentrated in key cities, like the culturally and ideologically like-minded Aden and Taiz, which are under the Houthis’ control (and that of their gunmen originating predominantly from North Yemen).
Farmers have failed to pass on their culture as well as peaceful and productive way of life to the North for many reasons, including geography and nature, but more importantly, because successive authorities were reluctant to shift their attention away from war. Even in 2007, when Ali Abdullah Saleh wanted to bribe tribes, ahead of his son’s accession to power, he reinstituted compulsory military service, but his decision was never implemented. The successive wars since 2004 have turned Saada, one of Yemen’s most beautiful and fertile northern governorates that is renowned for its pomegranates and grapes, into the capital of cluster bombs. Unfortunately, this region is no longer known for its farmers, but for its arms traffickers in Yemen and the Horn of Africa.

The Spirit of Ramadan Thrives in Rural Yemen

When in Yemen, you cannot help but laugh when a Lebanese friend asks you if you are "fasting" during the month of Ramadan. Everybody fasts during Ramadan in Yemen, including...

Rain still dictates the mood, state of mind and psychological feelings of the residents of Yemen’s mountainous Wasab region, 200 kilometers [124 miles] south of Sanaa. This has always been...

“If we seek a country in which Nuaman al-Hudhayfi is equal to President Abed Rabbo Mansour Hadi, then we must rid ourselves at once, and from this chamber, of racism.”...