Any given issue will only be granted proper attention and importance within a society such as that found in Somalia when illustrated in poems. There is no doubt that it has never been easy to openly, publicly and thoroughly discuss the controversial issue of rape in a tribal society — even with the emergence of numerous women's rights groups, which have
2013-09-25

Any given issue will only be granted proper attention and importance within a society such as that found in Somalia when illustrated in poems. There is no doubt that it has never been easy to openly, publicly and thoroughly discuss the controversial issue of rape in a tribal society — even with the emergence of numerous women's rights groups, which have started to take actions — until poets started writing poems about this topic. When the Somali poet Ahmed Mahmoud Abdullah said that rape is harsher than death and this is why God forbade it, he refuted all justifications for any reluctance and hesitation to talk about these crimes.

Somali society witnessed a terrible state of self-destruction with the start of uprisings in response to the dictatorial regime at the end of the 1970s. Violations severely increased in the east and north of the country, during a decade full of tension across the country’s regions. However, with the fall of the regime, in which some military commanders used rape as a tool to break the spirits of the residents of the rebellious regions, and given that the tribal conflict came to replace the conflict with the authorities, the phenomena of collective punishment, displacement and marginalization took a new turn. These phenomena include the well-established practices of rape and ethnic cleansing between rival groups seeking to eliminate their opponents and subject other vulnerable groups to their sphere of influence.
Despite the peace and stability characterizing certain Somali regions — such as the region that unilaterally declared itself the independent Republic of Somaliland in 1991, and to some extent the Puntland region in the north — vast areas in southern Somalia remained at the mercy of tribal balances. While the Union of Islamic Courts (UIC) managed to provide security in those regions for a period not exceeding six months, political conflicts returned to disturb the situation once again, deferring any dream of stability and security in light of the confrontation between the UIC and the government arising from the Somalia peace conference in Kenya led by Abdullahi Yusuf Ahmed.
With the government's intransigence, supported by foreign parties and in light of the provocation by UIC leaders of neighboring countries, the Ethiopian army entered to settle the matter. The latter’s intervention caused new chaos. The government was dismissed and Al-Shabab extended their influence over most of the southern regions.
In 2007, the name of a 15-year-old Somali girl, Fardowsa Abdi Hashi, attracted much attention. She was one of the thousands of women who have been subjected to appalling attacks by foreign forces, after decades of criminal behavior among Somalis themselves. This was a new era of abuse against women and atrocities committed against their rights.

A victim of displacement once again

Dadaab refugee camp — the name is Arabic for "gravel" or "small stones" — is hell on earth. Its surface is so large that it can be seen from outer space. It is the largest refugee camp in the world, covering a total area of 50 square kilometers (51 miles) along the old town of Dadaab. The misery suffered by this ill-fated part of our planet is matched only by the concerted refusal of tribal politicians to stop racism and exclusion among Somalis, fanaticism of extremists usurping religion and the Kenyan authorities’ rejection of Somalis as outcasts on their own occupied territories. These authorities consider Somalis an imminent security risk to the entity of the Kenyan state. Add to this the attacks by gangs of other national affiliations against the camp and its surroundings. These gangs carry out kidnappings and rapes of refugees, resulting in many deaths, under the nose of the security forces.
What is more frightening in the camp is the high rate of abuse against minors and the worrisome phenomenon of marrying victims off to the offender, in a desperate attempt to protect them from social ostracism in a tribal environment characterized by endemic ignorance and intolerance. Furthermore, with the increased risk of falling victim to these crimes and abuses, the rate of marriage of underage girls increases as well. These girls are searching for protection they often lack in their family, in light of the father’s weakness due to illness or disability, or even the latter’s absence as a result of death or departure in search of a livelihood for his family.

A tool to overcome unemployment and frustration

Violations against women’s rights occur even in the most stable areas. These areas are suffering from weak governance, poor economic conditions resulting from high and exacerbated unemployment rates, continuing instability and individual and collective displacement to the cities. Increasing population growth is exceeding the capacity of official and nongovernmental organizations to provide basic services. For more than a decade and a half, there has been an increase in street children, which has resulted in the formation of gangs of teenagers, due to the lack of options for embracing and rehabilitating them. In light of this emergent phenomenon, it has become unsafe for women to go out of their homes unaccompanied. This is especially true during certain hours in the cities — early in the morning, in the afternoon or the evening. It is worth mentioning that cases of sexual assault (ranging from harassment to gang rape) have reached an unprecedented level. In some cities there is a rate of one rape per day. Some of these brutal acts take the lives of the victims. Adding to the seriousness of the matter, most of the victims of these crimes are young women who come from rural villages to the cities in search of domestic work. Given that they are unfamiliar with city life, these women are stalked by perpetrators, either lured or taken inadvertently away from any protection.

A lack of accountability

With the escalation of complaints and denunciations of the acts committed by foreign troops in the country, in addition to the ongoing exploitation of the fragile security situation by the army and security forces who are subject to the federal authorities, a state of despair and anger prevails. This has crushed hopes of improvement of the security situation in the country, with the government enjoying broad international support. Yet, in light of repeated cases of harassment, abuse and rape carried out by members of the army and security forces in more than one locality in the jurisdiction of the government, voices were raised calling for the punishment of offenders. These offenders enjoy immunity to the extent that some victims end up being arrested. This was the case of a woman who was raped by security forces and imprisoned along with her husband. The two decided to expose the incident and to break their silence. Young journalist Abdul Aziz Noor Mohammad spared no effort to expose this crime in the media. After that he took it upon himself to help the victim and her family, so that the crime would not go unpunished. This is, at least, pending the approval of accountability mechanisms. 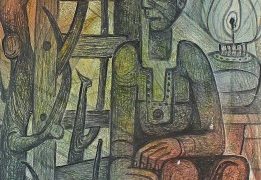