The Yemeni political class consists of conflicting elites, each constituting a miniature state within the state and possessing its own army or militia, media outlets, financial and educational institutions, and its own “capital.” The Houthi revolution and the general’s coup The Ansar Allah movement organized protests
2014-09-24

The Yemeni political class consists of conflicting elites, each constituting a miniature state within the state and possessing its own army or militia, media outlets, financial and educational institutions, and its own “capital.”

The Houthi revolution and the general’s coup

The Ansar Allah movement organized protests after the government announced the end of fuel subsidies on July 30, 2014. The protests were described then as a popular revolution. The movement’s leader, Abdul-Malik al-Houthi, said the protests would escalate and end with painful acts against the authorities. This indeed happened on Sept. 16, when armed clashes broke out in northwest Sanaa between the movement’s militias and some army units.

After four days of fighting, Gen. Ali Mohsen al-Ahmar carried out what could be described as a coup attempt against President Abed Rabbo Mansour Hadi. He moved toward the headquarters of Military Region VI (the previous First Armored Division, which Ahmar used to lead before he was dismissed and appointed adviser to the president for defense and security affairs in 2012). He did not comply with the president's and defense minister's directives and he led the battles against the Houthis himself.
Gen. Ahmar did not achieve any victories, and in two days the Houthis were in control of most major government buildings in Sanaa, including the buildings of state television, state radio, the prime minister’s office, the armed forces general command, the Ministry of Defense, the Central Bank of Yemen and Military Region VI.

On the evening of Sept. 20, the UN secretary-general's envoy to Yemen announced that an agreement had been reached to resolve the current crisis in Yemen based on the results of the National Dialogue Conference. He described the agreement as “constituting a national document that pushes forward the peaceful process of change and entrenches the principle of national partnership, security and stability in Yemen.”

A day later, an agreement was signed by two Ansar Allah representatives and one representative from each of the following: Yemeni Congregation for Reform (Islah), the General People’s Congress, the Yemeni Socialist Party, the al-Rashad Party, the Justice and Construction Party, the Southern Democratic Movement, the Yemeni Unionist Gathering and the Baath Party. The agreement included a number of clauses, among them: forming a government; reducing the price of gasoline or diesel cans by 1,000 riyals; forming an economic committee to study and implement the results of the dialogue according to a timetable; and reconsidering the division of the governorates.

Islah accepted and signed the agreement under the impact of military defeat. Some Islah members don’t want their party to participate in the next government. During the session to sign the agreement, Sheikh Muhammad al-Imam called on Islah not to participate in the government and to focus on social work among the masses. That same message was delivered by Islah figure Zaid al-Shami in a letter to members of his party. He concluded by saying, “Come back to the fields of education, guidance and giving. Give yourselves more time for review and for internal construction.”

Moreover, the manner in which Prime Minister Muhammad Salem Basendwah (who is affiliated with Islah’s allies) resigned supports this direction. He presented his resignation to the Yemeni people, not the president of the republic in accordance with constitutional procedures. He said in the introduction of his resignation, “O sons of our great people, I have decided to extend to you my resignation as prime minister of the national reconciliation government. [This is] because of my great [desire] to give the opportunity for any agreement that may be reached between the brothers in the leadership of Ansar Allah and the brother Abed Rabbo Mansour Hadi, to be implemented as soon as possible. [I’m leaving] so that my staying [in power] does not impede the formation of a new national government made up of the finest talent that possesses loyalty to the homeland and integrity. Perhaps they can achieve what you envisage and lead the country to safety, God willing.”

This indicates that Basendwah and the coalition he is affiliated with will look at the agreement as an accord between Ansar Allah and the president of the republic and not consider themselves a party to it, and that they are therefore not obliged to obey its clauses. Submitting his resignation to the people instead of to the president means that Basendwah doesn’t recognize the president’s legitimacy. This is consistent with the proposal of Sheikh Hamid al-Ahmar, who said that the dismissal of the prime minister means the end of the president’s legitimacy. He put his position as president aside and pointed out at the end of the speech about the president unilaterally controlling power and not involving him in the preparation for the national dialogue.

The agreement was signed after Ansar Allah achieved a sweeping military victory over its opponents. The agreement satisfied all of the group’s conditions and earned it political gains at the local and national levels without any corresponding obligations.
The sit-in camps will continue until a government is formed, but the signing of the security supplement was postponed. The movement managed to secure a commitment to reconsider the governorates’ division. This means that the group will achieve its desire to join Hajja governorate to the one it controls, which gives the group a sea outlet (Midi Port) on the Red Sea.

There are also a number of clauses that ensure the group’s participation in power with a share equal to the shares of other major political forces: appointing one of its members as adviser to the president of the republic and as members of the Shura Council, through the group’s participation in the preparation of the new electoral record, in election monitoring, in monitoring the implementation of the results of the national dialogue and in supervising the constitution drafting committee.

These political gains mean that Ansar Allah has become a potent political force equal to other political forces. The second party that benefited from this agreement is President Hadi. That’s why the outgoing prime minister described the agreement as one between Ansar Allah and President Hadi. The agreement enhances the power and authority of President Hadi and frees him from the influence of the adviser for defense and security affairs, Gen. Ali Mohsen al-Ahmar, and from Islah, who could have, with its allies, imposed many appointments on the president.

Moreover, the agreement granted him the authority to choose the ministers of defense, interior, foreign affairs and finance. This frees him from pressure from the General People’s Congress and Islah, which enjoyed the authority to appoint those ministers in accordance with the Gulf Initiative.

In contrast, Gen. Ahmar, the Ahmar family and the Hashid elders are the main losers of the war and the signing of the agreement to end the crisis. All the institutions that they formed will have no political role in the coming period. This includes institutions such as the Supporters of the Revolution Committee, the National Council for the Youth Popular Revolutionary Forces and the National Solidarity Party. In fact, the fates of Gen. Ahmar, Sheikh Sadeq al-Ahmar and his brothers are still unknown. There is news that they left Yemen for Saudi Arabia or Qatar, or that there are arrangements to get them out of Yemen in return for their safety. This means that they are completely out of the final equation of the distribution of power in the country. There is no doubt that their exit from the political arena will adversely affect Islah’s political influence. Islah relied on them for the past three decades and they were one of its main pillars of strength.

Since the beginning of the war of Amran governorate between Ansar Allah and its opponents, rumors have abounded that there is an alliance between them and former President Saleh, and that he supplied them with weapons and money, and that many tribal elders and their followers who are loyal to the former president participated in the war alongside the Houthis.

There seems to be indicators that these rumors are at least partly true. But it seems that both sides got involved in this tactical alliance. Therefore Ansar Allah and the other parties who signed the agreement will not accept Saleh making any more gains from the agreement, except for achieving revenge against his political and military opponents (Islah, Gen. Ali Mohsen al-Ahmar, al-Ahmar family and the elders of the Hashid tribe).
Thus, amid the intersection between the general scene in all its balances and those tactics and conclusions, it appears that Yemen is moving into a new historic phase, a phase that will be added to the country’s turbulent political life. It will either mark the beginning of a new phase to build a modern democratic civil state based on equal citizenship and the rule of law, as the 2001 revolution aspired to and as the transitional phase promised, or the [current] game of musical chairs among the political forces will continue — but with military music.

Yemen: Instability Hits the Climate Too

Yemen's population of more than 30 million people, according to international estimates, is facing the dangers of climate change in conjunction with the war that has been raging in the...

Today, more than 66% of girls in Yemen marry before they turn eighteen, as opposed to 50 % of them in pre-war times. Girls as young as eight, nine, and... 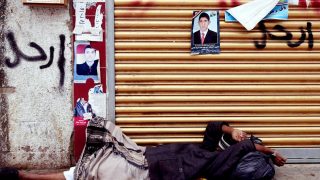 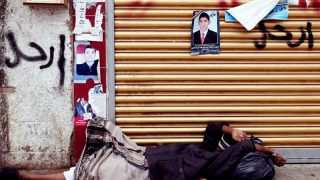 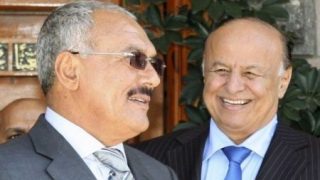