A woman was recently arrested for driving a car in Safwa City, in Saudi Arabia’s Qatif province. According to newspaper reports, [Aaliya al-Farid] had been driving herself to a hospital during an attack of a chronic illness she suffers from. The arresting officers allowed her to be treated at the hospital, and then took her to the traffic division for prosecution
2015-01-20 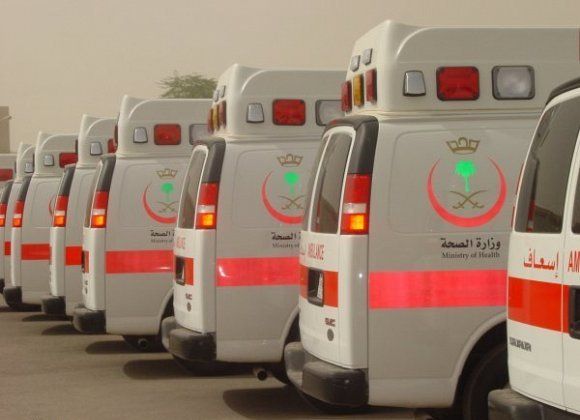 A woman was recently arrested for driving a car in Safwa City, in Saudi Arabia’s Qatif province. According to newspaper reports, [Aaliya al-Farid] had been driving herself to a hospital during an attack of a chronic illness she suffers from. The arresting officers allowed her to be treated at the hospital, and then took her to the traffic division for prosecution under the law which prohibits women from driving anywhere in Saudi Arabia.

It is not really news that a woman had tried to drive a car in Saudi Arabia, or that she was arrested for doing so. But the incident raises an important question: why didn’t this woman simply call herself an ambulance? Why choose to put herself in a situation where she would be arrested? Did she want to get people talking about her? Was she seeking fame?

Her own explanation is that she had no one with her to drive her to the hospital; no driver, no husband, no son; hailing a cab is equally impossible, since she lives in a remote neighborhood distant from any high-traffic avenues.

Furthermore, this situation has happened to her repeatedly; this was not the first time her illness had obligated her to drive herself to the hospital while she was feeling sick. Driving in such a state adds another layer of risk to her life and that of other women in similar situations.

So the question again arises: why didn’t she call an ambulance, so that she did not have to risk driving, illegally and impaired by illness, to the hospital?

The answer, it turns out, is that for a woman, getting an ambulance is no simple matter; women frequently die in Saudi Arabia due to delays in the arrival of ambulances and paramedics.

The law forbids men-and most teams of paramedics are men-from transporting women in an ambulance unless she is accompanied by a muharam, a male relative who is legally allowed to see her with her face uncovered.

One Saudi woman recounted that an emergency room employee once refused to send an ambulance to pick her up because she told him on the telephone that she was all alone in her house. He said he could not dispatch an ambulance for fear of being prosecuted because [picking her up by herself would be]breaking the law.

Even in the case of disasters and car accidents, Saudi law has never permitted gender mixing. But a recently issued fatwa ruling brought all of Saudi Arabia’s experts on gender relations out of the woodwork.

This fatwa, issued by one of the kingdom’s most respected ulema, held that a man may act to rescue a woman only so long as he does not touch her, and so long as she remains completely covered.

The country’s specialists on gender mixing of course got down to business immediately, coming up with inventive solutions for the issues raised by the fatwa.

Thus was born the concept of the emergency medical marriage, in which paramedics or rescue personnel are to temporarily marry the woman they will be transporting to the hospital, a marriage that lasts only until she arrives at the hospital. An easy solution to the legal conundrum of the need for a muharam male relative to accompany her, since nothing is easier for these men than inventing new types of brides.

Other experts suggested that before taking such measures, paramedics should attempt to spray an unaccompanied woman patient with water from a safe distance, in hopes of waking her up, in case she had simply fainted. If the shower of water produced an effect, they were then advised to shower her with small stones in order to bring her fully back to consciousness.

Every day, Saudis relate stories of women who have died due to delays in getting them an ambulance. One of the latest deaths occurred on the campus of King al-Saud University; a young student suffered a heart attack, but university administrative staff would not let the paramedics onto the campus since all the responders were men, and the faculty was limited to females. Inside the women’s faculty, there are students whose faces and heads are uncovered, and allowing men inside would have produced a horrifying breach of the sacred law against moral corruption.

The student died there while her friends watched. Her death caused an uproar in the local and international media, and in fact pushed the kingdom to create teams of women paramedics, and training hundreds of female rescue workers. Already during this year’s pilgrimage season, there were teams of women working at Mecca.

Saudis remember many other tragedies though. There was the fire in 2002 that destroyed a girls’ school, burning students and teachers alive. The religious police were accused of sabotaging the work of the firefighters, to prevent them from getting a look at the uncovered girls inside. The zeal of the religious police caused the high death toll; they banned parents from the premises when they arrived, locked the gates of the school, and prevented firefighters and paramedics from entering “because girls are not allowed to uncover themselves in front of strangers.”

Another fire, at a girls’ school in Jeddah, brought an identical response from the religious police. They took measures to complicate and sabotage the rescue operations, and to limit the number of paramedics allowed inside, all in order to keep women from being seen uncovered by unknown males. 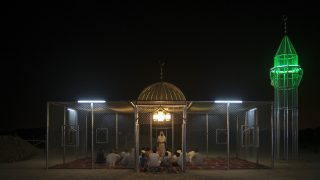 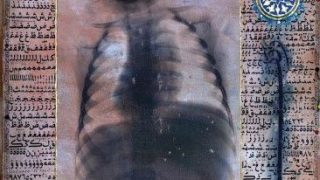 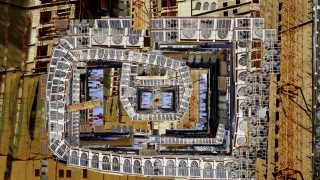 Untold Stories of the Rule of Saudi’s King Abdullah

Distorting the facts of a certain era in history is by no means new, but attempts at distorting the reality that we continue to live is an insult to...