In Egypt, a Parallel Justice System to Further Oppress Copts

Periodic outbreaks of mob violence against Egypt’s small Coptic Christian minority have long been an ugly feature of life along the Nile, particularly in the villages and towns in rural upper Egypt.
2017-04-25

Inside one of the torched houses at Karm village in Upper Egypt. Photo: Mahmoud Hakim

Periodic outbreaks of mob violence against Egypt’s small Coptic Christian minority have long been an ugly feature of life along the Nile, particularly in the villages and towns in rural upper Egypt. Since the earthquake that was the Arab Spring rolled through Egypt in 2011, writes Ahmed Abdel Alim, Copts seeking justice for murder, arson, and beatings are increasingly forced to accept non-judicial mediation sessions, instead of the prosecution of their attackers.

In rural Egypt, traditional ‘Urfi courts are an ancient way of resolving disputes, but they have made an astonishing comeback in recent years in the aftermath of outbreaks of religious strife.

Village and town elders have long used this alternative to the formal court system to resolve disputes per traditional norms, particularly in upper Egypt. Though these organized reconciliation sessions are not recognized by the formal legal system, the processes are often given an aura of legitimacy by the presence of local leaders, religious figures, and representatives of the security services.

But as tools to resolve sectarian conflicts, both the Coptic Christian Church and various civil society groups have begun to object that traditional reconciliation courts abrogate the Egyptian state’s responsibility to apply due process of law equally, to all of its citizens.

In theory, participation in a reconciliation session is voluntary; both parties must willingly choose this alternative way of resolving their conflict, and agree to have their dispute mediated by unbiased arbitrators in a neutral location. Each party presents their account of the incident to the reconciliation council, and provides evidence of their claims. The arbitrators then discuss the case in private before reaching a verdict, which they file as a formal reconciliation ‘report’ laying out the details of the conflict, the terms of their solution, and stipulating penalties if it is violated.

Since the uprising of Jan. 25 2011, reconciliation sessions have been convened 56 times to resolve incidents of sectarian strife. This amounts to 21.5 percent of all the 260 documented incidents of sectarian violence. A study by the Egyptian Initiative for Personal Rights suggests that most of these sessions took place in upper Egypt, where most outbreaks of sectarian tension occurred, particularly in the province of Minya, which saw 15 reconciliation sessions between 2011 and 2014. One third of all the documented incidents took place in Minya, an indication of the extreme religious tension in the area. As a consequence, the governor of Minya appointed a special reconciliation council to quickly intervene in domestic and sectarian disputes before they escalate.

In addition to state security representatives and local leaders, organizers of reconciliation sessions are often keen on the attendance of religious leaders from the [Islamic university] al-Azhar and the Coptic Christian Church. But though al-Azhar continues to extend its support to the sessions, the Coptic Church has begun boycotting them following recent incidents of sectarian strife.

In May 2016, 70-year-old Suad Thabet from the village of al-Karm in Minya was stripped naked and beaten by a Salafi [extremist]mob in the wake of a rumor that her son was having an affair with a Muslim woman. Following the incident, local leaders and al-Azhar representatives called for a reconciliation session, but the Church immediately rejected the proposal. Bishop Makarius of Minya issued an official statement refusing to participate. “The Church firmly refuses to delegate al-Karm’s incident to a reconciliation session before state authorities perform their duties and bring the perpetrators to justice first; only then we can address communal reconciliation,” he stated. Final irony: in the end, the public prosecutor dismissed the criminal cases for lack of evidence.

The Church has thus come to reject this alternative mechanism because it effectively prevents the state from enforcing the rule of law through the police and judicial system. Reconciliation sessions might well be useful to follow up on and reinforce a court’s decisions in a community, but they can never replace a formal judicial process.

The Church has not been alone in rejecting reconciliation sessions. A demonstration organized by members of the civil society group, “Egyptians Against Discrimination”, took place last August in front of the building of the Court of Cassation to protest the rise of sectarian incidents in Minya and reject reconciliation sessions as an alternative to the formal judicial process.

Although customary reconciliation sessions have sometimes helped contain incidents of sectarian strife, the relief has only been short-lived and has not addressed the root causes of the problem. This is evident in how sectarian conflicts have continued to erupt in Minya and other locales.

Additionally, the outcome of these reconciliation sessions primarily depends on the extent of the arbitrators’ knowledge of customary norms, which varies between one arbitrator and the next. There are also no guarantees to ensure that the outcomes of the sessions are just, that all parties are represented equally and that no party is coerced to accept the outcomes. And unlike the formal judicial system, there is no mechanism for appealing the verdict of a reconciliation session.

More importantly, however, the punishments delivered by those sessions are often in contradiction of the principles of justice, such as the expulsion or forced displacement of entire Christian families for an offense committed by a single offender. This form of collective punishment based on religious affiliation is in direct contradiction of article 95 of the constitution, which stipulates that the punishment of a crime is to fall on the individual convicted of an offense, and to only be delivered by a court order.

A disturbing erosion of the state’s sovereignty, and a measure which only widens the gap between Egypt’s government and its citizens, reconciliation sessions as a response to religious strife are losing their air of legitimacy. People in search of justice seem faced with two equally flimsy options: a long and uncertain judicial process, or a quick but unjust alternative. 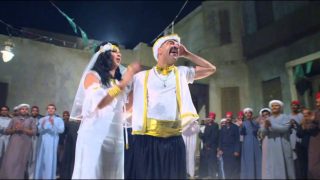 “Festival”Music in Egypt: Between Populism and Critique

A new genre of music has grown more popular in Egypt recently and it is known as “Aghani al-Mahraganat” or “festival” music. These songs mix between techno music and... 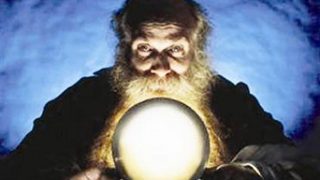 Egyptian TV channels are divided into two: those preoccupied with arguments about jinn, swindling and sex, and those fiercely critical of such topics. In her show on al-Nahar satellite TV...